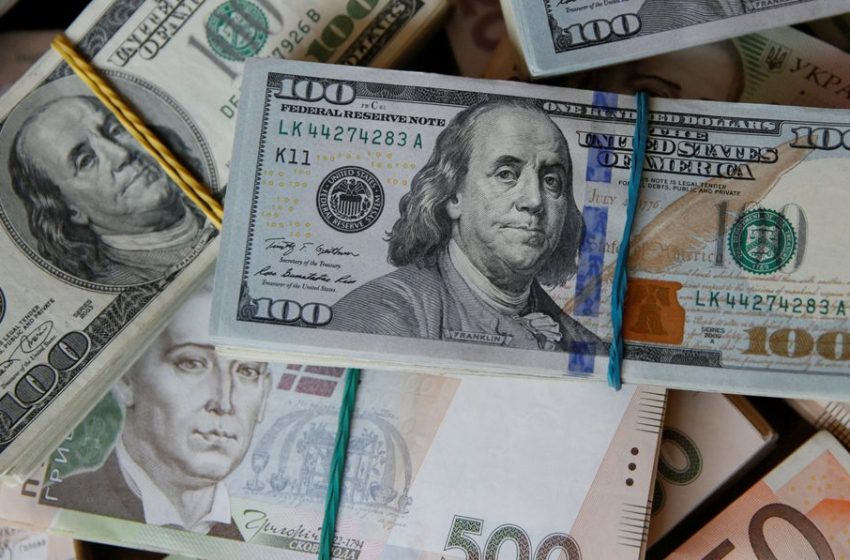 U.S. sanctions against Russia should hasten a move by some countries to reduce their reliance on the U.S. dollar, which could also soften demand for Treasuries just as the Federal Reserve, the largest holder of U.S. debt, looks to cut its bond holdings.

The United States and other Western nations have imposed widespread economic sanctions against Russia in response to its invasion of Ukraine, which have effectively cut off Russia’s central bank, sovereign wealth fund, banks, and certain individuals from entering into U.S. dollar transactions. read more

The dollar is the world’s top reserve currency. Analysts say using it as a financial weapon is likely to accelerate a move already under way by many countries to diversify investments into alternative currencies.

“The more we use it, the more other countries are going to diversify due to geopolitical reasons,” said Zongyuan Zoe Liu, a fellow for international political economy at the Council on Foreign Relations.

The dollar’s reserve status boosts demand for U.S. assets including Treasury bonds and allows the government to issue more debt at lower rates than it may otherwise be able to. Treasuries are also attractive to investors as the market is larger and more liquid than others.

If Treasuries are less appealing to some investors just as more supply hits the market, however, the result may be higher yields.

The Fed is expected to begin letting Treasuries mature without replacement off its $8.9 trillion balance sheet in the coming months, in addition to aggressively hiking interest rates as it tackles soaring inflation. Benchmark 10-year yields hit 2.56% on Monday, the highest since May 2019.

Though the dollar is unlikely to be replaced as the reserve currency anytime soon, any steady shift away from the greenback may lead to a more fragmented global economy where payments are more evenly split between currencies including the dollar, the euro and the yuan.

“US dollar debasement (is the) ultimate outcome as dollar weaponized in new era of sanctions,” Bank of America analysts led by Michael Hartnett noted in a report released Thursday.

In a sign that shift is already gaining pace, The Wall Street Journal said this month that Saudi Arabia was in talks to price some crude it sells to China in yuan. read more

Russia has been gradually reducing its dollar holdings since the imposition of Western sanctions following Moscow’s annexation of Crimea in 2014. In 2021 it said it would ditch all U.S. dollar assets in its National Wealth Fund and increase holdings in euros, Chinese yuan and gold.

Russia’s Treasury holdings fell to negligible levels in mid-2018, and are down from around $150 billion a decade ago, according to Treasury International Capital (TIC) data.

Other countries have also been reducing their bond holdings. read more

China held $1.1 trillion in Treasures in January, making it the second largest foreign owner after Japan, down from around $1.3 trillion in 2013. China has been buying a smaller share of U.S. debt held by the public, which has increased to $23 trillion from around $12 trillion over this time period.

Demand for bonds by oil producers in the mid-2000s was seen as key to keeping down yields even as the Fed undertook a two-year hiking cycle.

This time around, oil producers are less likely to step in, even as they profit from soaring oil prices, said Thomas Mathews, a market economist at Capital Economics.

“The sanctions on Russia will be a bit alarming for many of the major oil exporters that hold large amounts of Treasuries (and US assets in general) and might hasten some diversification plans. That could mean that some of the support for Treasuries from foreign savings, such as we saw in the mid-2000s, could be absent during this tightening cycle,” Mathews said.

That said, even if these countries continue to reduce their purchases of Treasuries, they are not expected to launch large sales of the bonds. There also may be limits to how far countries can reduce their holdings because there are few alternatives in terms of safety and liquidity.

If yields continue to march higher, bonds may draw in alternative buyers.

“As rates go higher and the prospects of economic slowdown continue to mount there will be a diversification out of risk assets and into Treasuries, such that maybe yields actually kind of steady themselves,” said Thomas Simons, a money market economist at Jefferies. “I think it’s more of a risk for risk assets in this environment than it is actually for Treasuries.”