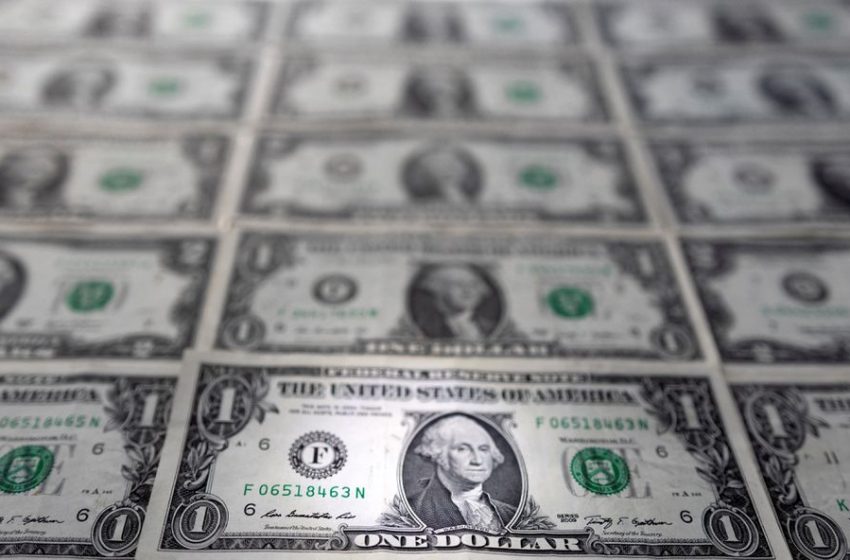 NEW YORK, March 24 (Reuters) – A sharp sell-off in U.S. Treasuries has increased concerns about low levels of liquidity in the $23.5 trillion market, potentially amplifying losses for investors which already had a dire start to the year.

U.S. government bond yields have spiked this year as the Federal Reserve has sounded more hawkish about how aggressively it will hike interest rates to cool the economy, hitting bond returns. The ICE BofA Treasury Index (.MERG0Q0) has recorded its worst start to the year in history, down 6%.

While liquidity in the U.S. Treasury market has been an ongoing issue, traders and investors said there had been particular concerns during this sell-off.

“People who buy longer-dated Treasuries, such as pensions, central banks and insurance companies, tend to stay away when you have this type of volatility,” said Ed Al-Hussainy, senior rates and currency analyst at Columbia Threadneedle, adding that liquidity “is not good” and that trading big blocks of Treasuries “has become very difficult.”

The market for Treasury securities is typically one of the most liquid in the world, and the global financial system uses the instruments as a benchmark for asset classes. But it has seen liquidity issues, such as in late February and early March 2020, when pandemic fears caused market ruptures and liquidity rapidly deteriorated to 2008 crisis levels, prompting the Fed to buy $1.6 trillion of Treasuries to increase stability.

Investors say liquidity concerns this year have not reached the point of threatening market functioning, but concerns have increased for several factors.

One is that the Fed has ceased buying U.S. Treasuries, after ending this month a bond-buying programme aimed at supporting the economy during the coronavirus crisis.

“We are adjusting to that new world where the Fed is not a buyer,” Al-Hussainy said.

Some investors are also concerned that wild price swings in the commodities markets due to the Ukraine crisis and sanctions on Russia, a commodities export giant, could create pockets of illiquidity in the financial system.

“There’s a lot of correlation risks that are out there that I think have reduced balance sheet availability for the system at large, so even Treasuries get impacted by that,” said George Goncalves, head of U.S. Macro Strategy at MUFG.

“There’s a reduction in balance sheet capacity because people are de-risking, and when you start to really delve into it, you start to think that there’s knock-on effects that reduce not only risk appetite but also the ability to trade,” he said.

Some measures of liquidity have shown stress.

Data from CME Group showed order book liquidity for Treasuries has declined since Feb. 24, when Russia began its invasion of Ukraine, and volatility has increased.

Cash contracts volume in terms of the daily average top of the book bid/ask quantity for five-year Treasuries declined to $10 million in March from about $25 million in February.

For the benchmark 10-year notes, order book liquidity went down to an average of $14 million in March from about $20 million in Feb.

Relative volumes, however, remained unchanged on a month-on-month basis.

Steven Schweitzer, senior fixed income portfolio manager with the Swarthmore Group, said he had seen a “pretty big disconnect” on the short end of the U.S. Treasury curve earlier this month – in a reminder of the lack of liquidity seen in the aftermath of the global financial crisis.

“Bonds and credit are the lubricant for the economy, and when you get the short end drying up, that’s a very big warning sign for us,” he said.

The weakness in bonds this week came after Fed Chair Jerome Powell said on Monday the U.S. central bank must move quickly to counter too-high inflation and that it could use bigger-than-usual interest rate hikes if needed.

Benchmark 10-year Treasury yields jumped to 2.296% on Monday from 2.153% on Friday, and two-year notes spiked to 2.117% from 1.942%, compressing the gap between the yields of those two maturities – a sign that the market is anticipating a sharp economic slowdown. read more

With a Fed sounding increasingly determined to fight inflation despite the risk that tighter monetary policy may slow growth, there is less support for buying Treasuries, therefore sell-offs find little counteraction to offset them, some investors said.

“The next pain trade is when and if yields go back down,” he added.