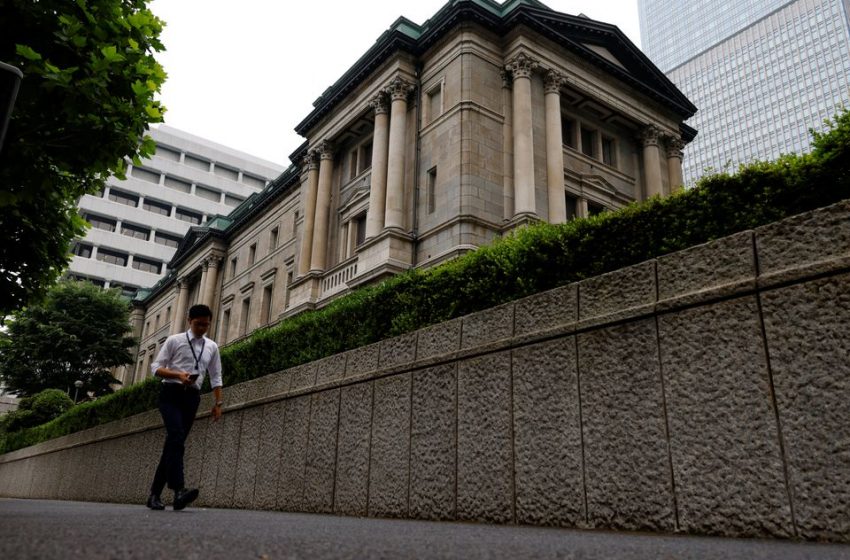 Some Bank of Japan board members were concerned that excessive currency volatility could disrupt corporate business plans, minutes of the bank’s April meeting showed, highlighting the challenge for policymakers from the yen’s sharp declines.

But many board members stressed the need to maintain the BOJ’s massive stimulus programme to support a still-fragile economy, the minutes released on Wednesday showed, a sign they saw no need to tweak Japan’s ultra-low interest rates to stem the yen’s slide.

The BOJ must communicate to markets its monetary policy aims at achieving price stability, not at controlling exchange rate moves, some members were quoted as saying.

“A few members said excessive fluctuations in the foreign exchange market over a short period of time, such as those observed recently, would raise uncertainties about the future and make it more difficult for firms to formulate their business plans,” the minutes showed.

One member said a weak yen benefited the economy at a time like now, when the output gap was still large and underlying inflation was “extremely low.”

At the April 27-28 meeting, the BOJ strengthened its commitment to keep interest rates ultra-low by vowing to buy unlimited amounts of bonds daily to defend its yield target, triggering a fresh sell-off in the yen. read more

The weak yen has become a fresh challenge for Japanese policymakers as it hurts the economy by inflating already rising costs of importing fuel and raw material goods.

The yen plunged to a new 24-year low of 136.71 per dollar early on Wednesday, as investors continued to focus on the contrast between the BOJ’s ultra-loose policy and the U.S. Federal Reserve’s rate hike plans to combat soaring inflation.

“Currency stability is important so rapid fluctuations are not desirable,” Deputy Chief Cabinet Secretary Seiji Kihara told a regular news conference on Wednesday, when asked about the yen’s fresh low. He declined to comment directly on currency levels.

While inflation exceeded the BOJ’s 2% target in April for the first time in seven years, governor Haruhiko Kuroda has said the bank won’t tweak ultra-easy policy unless price rises are driven more by strong demand and accompanied by higher wages.

At the April meeting, some BOJ board members pointed to the risk inflation could overshoot expectations, if wage hikes pick up the pace and add to upward pressure from prolonged rises in commodity prices, the minutes showed.

“The challenge of monetary policy in Japan was not to curb inflation, as in the case of the United States and Europe, but to overcome inflation that was still too low,” one member was quoted as saying.