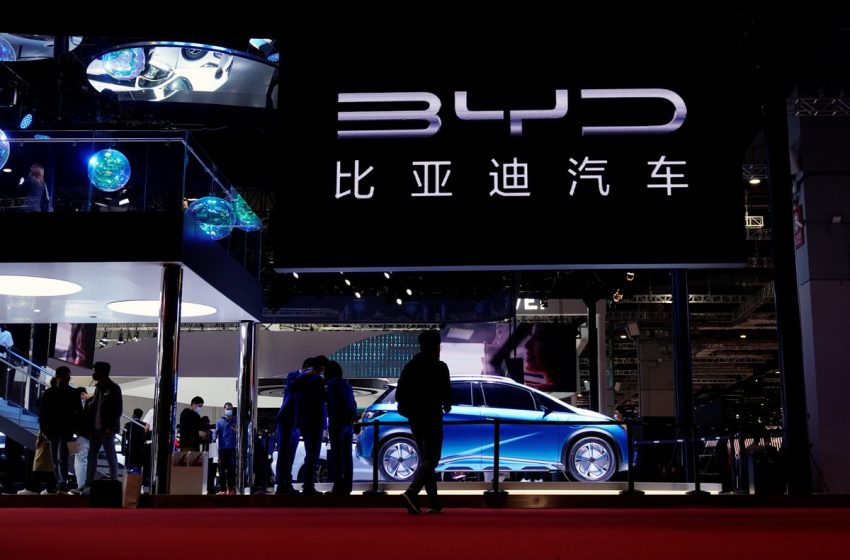 People visit the BYD booth during a media day for the Auto Shanghai show in Shanghai, China April 19, 2021. REUTERS/Aly Song

The price increases will take effect from Wednesday, it said late on Tuesday, adding that customers who had paid deposits on vehicles prior to then would not be affected.

“Due to the impact of continued rises in raw material prices, BYD has officially guided Wang Chao Business and Ocean Network Business to adjust prices on relevant EV models,” it said in a statement on its official Weibo account, referring to its sales channels.

The announcement comes a day after Tesla raised its prices in China and the United States for the second time in less than a week. Tesla Chief Executive Elon Musk has also said the U.S. electric carmaker was facing significant inflationary pressure in raw materials and logistics. read more

BYD also raised prices by 1,000-7,000 yuan on Feb. 1, citing the rising cost of raw materials and the cutting of government subsidies for new-energy vehicles (NEVs).

China has been promoting NEVs to help curb air pollution but believes the industry has matured enough to be driven by demand rather than subsidies, and in January slashed subsidies by 30%.

The cost of raw materials is surging, exacerbated by supply chain disruption following Russia’s invasion of Ukraine. Russia calls its actions in Ukraine a “special operation”.

In particular, prices of metals used in cars have soared, including aluminium that is used in the bodywork, palladium used in catalytic converters, and nickel and lithium that power EV batteries.