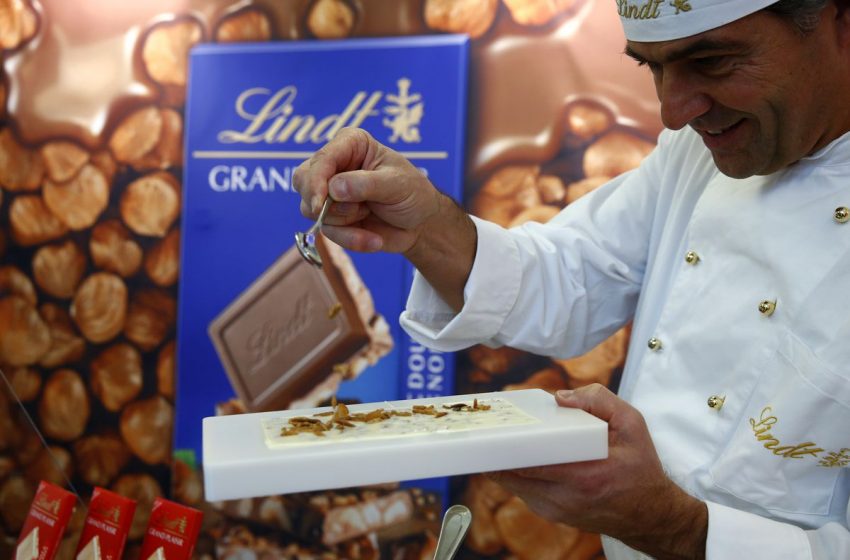 ZURICH, Jan 18 (Reuters) – Swiss chocolate maker Lindt & Spruengli (LISN.S), expects sales of its upmarket chocolates to grow less in 2022 than last year, it said on Tuesday, and blamed supply chain bottlenecks for a slowdown in late 2021 in North America.

The maker of the best-selling Lindor chocolate balls, which has maintained spending on advertising and new products throughout the COVID-19 pandemic, said market share gains boosted organic sales by 13.3% last year.

Lindt, along with other chocolate makers, saw a dip in demand in 2020, but sales recovered strongly in 2021 as people ate more treats and bought gifts for friends and relatives they had been unable to see at the height of the pandemic.

Major European markets as well as the online business recorded double-digit growth, but North America slowed to 10.7% in the full year, from 18.8% in the first half, Lindt said.

The slowdown “was partly due to temporary supply chain bottlenecks caused by a lack of labour and materials at Russell Stover’s three production sites,” a spokeswoman for the Swiss chocolate maker said in an emailed statement, referring to a U.S. brand the group owns.

The group’s participation certificates, which are more liquid than its shares, have fallen more than 10% so far this year, and on Tuesday shed 4.5% by 0921 GMT.

Analysts said expectations were very high for the company.

Bernstein analyst Bruno Monteyne said the performance was driven by a very strong premium North America market and market share gains, with beats in Europe and the rest of the world offsetting the miss in North America.

Looking ahead, the company based in Kilchberg on Lake Zurich said it expected its organic sales to grow 5%-7% this year, in line with medium to long-term guidance.

The company confirmed it expects to post an operating margin of “around 14%” for 2021 when it releases full results on March 8.