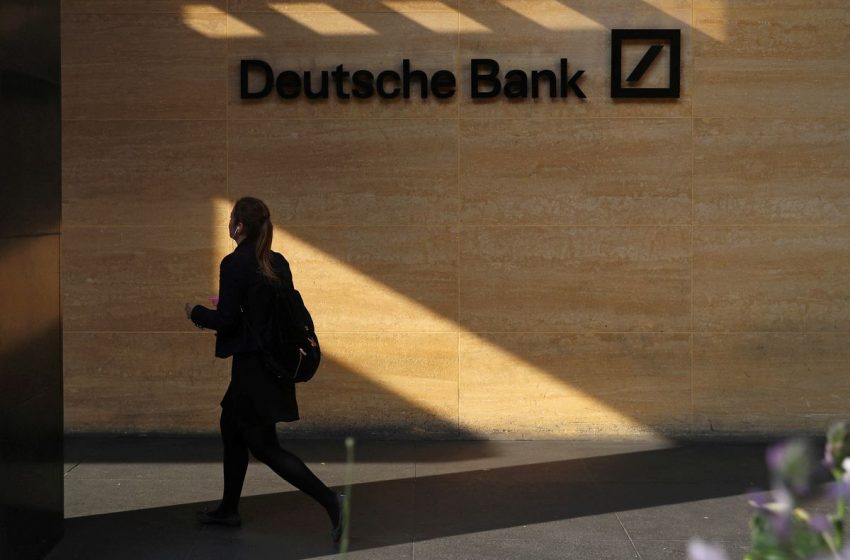 FRANKFURT, Jan 24 (Reuters) – Deutsche Bank (DBKGn.DE) is expected to swing to a net loss when it reports fourth-quarter earnings on Thursday amid a slowdown in revenue at its investment bank, based on analysts’ consensus estimates.

A loss would be a setback for Germany’s largest bank after reporting five consecutive quarters of profit through the third quarter, its longest streak in the black since 2012. read more

But the loss is expected to be a blip in the bank’s recent profit run rather than a sign of something more serious. Analysts are forecasting full-year net profits for 2022 and 2023, based on the consensus forecast published last week by the bank.

Deutsche’s return to profit in the past few quarters has shown how a 9 billion euro overhaul by CEO Christian Sewing, begun in 2019, is paying off. Sewing has got the bank back into profit after a string of regulatory failings and billions in losses logged over the previous decade.

Part of Deutsche’s overhaul involved reducing dependence on the investment bank’s more volatile income. But in the past few quarters the division has been the bank’s biggest revenue earner, generating around 40% of the bank’s turnover by benefiting from a pandemic trading boom, as well as dealmaking fees.

The investment bank has become a fairly stable business, said Andreas Thomae, a portfolio manager at Deka, an investor in the German bank.

“Most importantly,” Deutsche has “won back customers in Germany and Europe who were a little sceptical before,” he said.

For the fourth-quarter, the bank is expected to report a net loss attributable to shareholders of around 130 million euros ($147.20 million), based on analysts’ estimates. That compares with a profit of 51 million euros a year earlier.

Revenues for the bank as a whole as well as for its investment bank are forecast to have slipped around 4% from a year earlier.

UBS analysts said costs would be a focus for Deutsche’s fourth-quarter earnings, noting that the bank has said it wants to “clear the decks of transformation charges and other costs” this year.

2022 is a crucial year for Deutsche as it marks the deadline for the bank to meet targets set out in 2019, such as return on tangible equity. In March, Deutsche will announce a strategy review and new targets for the years ahead.