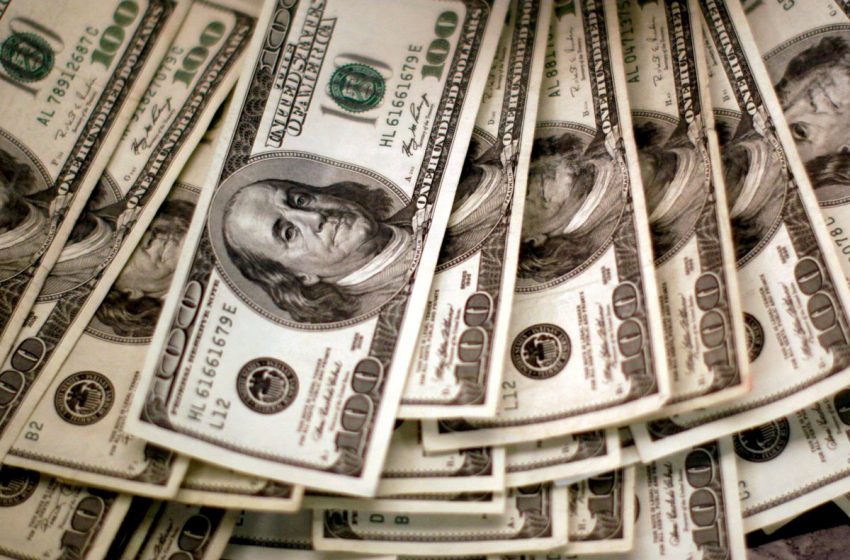 Four thousand U.S. dollars are counted out by a banker counting currency at a bank in Westminster, Colorado November 3, 2009. REUTERS/Rick Wilking

LONDON, Nov 12 (Reuters) – The dollar tiptoed higher for a 3rd consecutive day on Friday since a surprisingly strong U.S. inflation print shocked markets and prompted investors to advance their bets on a U.S rate hike to as early as mid-2022.

Against a basket of its rivals, the dollar index firmed 0.1% to 95.27, its highest level since July 2020. The greenback’s push higher this week has seen it break above a two-month trading range with analysts predicting more gains.

The renewed strength in the dollar has injected fresh life in the moribund currency volatility markets as traders have scrambled to buy options to protect themselves against further dollar strength. A currency volatility index (.DBCVIX) hit a fresh 6-month high.

Data on Wednesday showed a broad-based rise in U.S. consumer prices last month at the fastest annual pace since 1990, calling into question the Fed’s contention that price pressures will be “transitory” and fuelling speculation that policymakers would lift interest rates sooner than previously thought.

Markets now price a first rate increase by July and a high likelihood of another by November. CME data is assigning a 50% probability of a rate hike by then compared to less than 30% a month earlier.

Investors have become increasingly bearish on the outlook for the single currency as the European Central Bank appears unlikely to change its extremely dovish policy settings in the near term against a backdrop of a slowing economy.

The risk-sensitive Australian dollar sank as low as $0.7277 for the first time in more than a month while in cryptocurrencies, bitcoin traded just south of $65,000, down from a record $69,000 earlier in the week.Reporting by Saikat Chatterjee; Additional reporting by Kevin Buckland in TOKYO; Editing by