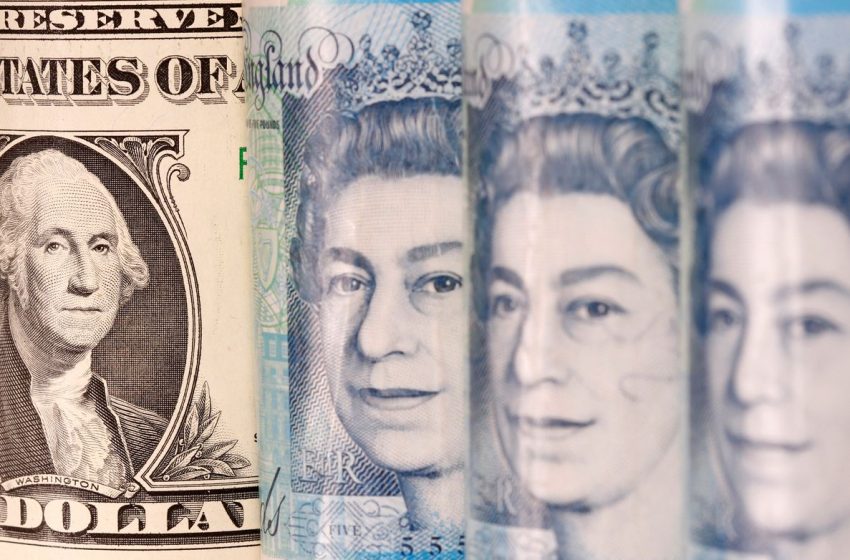 The dollar fell again on Tuesday, while risk-sensitive currencies such as the British pound gained and the Australian dollar recovered from an overnight drop.

After falling nearly 5% in January, world equities started February slightly firmer and currency markets have also changed course. After hitting a 19-month high last week, the U.S. dollar index fell on Monday and on Tuesday was down 0.3% on the day at 96.395 at 0811 GMT .

The change follows slight caution from four U.S. Federal Reserve policymakers about how many interest rate hikes will follow an expected first one in March. read more

The Australian dollar dropped sharply overnight after the Reserve Bank of Australia (RBA) pushed back against expectations for near-term rate hikes until inflation is higher. read more

But the “risk-on” tone in markets meant that the Australian dollar soon recovered and was up 0.3% on the day at $0.70895 in early European trading .

“Those market participants who were expecting a first rate hike at the beginning of Q2 might have been disappointed,” You-Na Park-Heger, Commerzbank FX and EM analyst, said in a note to clients.

“However, a first rate step is only fully priced in for the middle of the year and that seems quite possible following the RBA’s comments today. That makes today’s RBA decision neutral to slightly negative for AUD.”

Britain’s pound was up 0.2% at $1.34765 . Prime Minister Boris Johnson faced renewed calls to resign after a report into gatherings at his offices and residence during lockdown found “serious failures of leadership”. read more

German inflation data on Monday was well above expectations, with consumer prices rising 5.1% year-on-year in January, compared to 5.7% in December. read more

Euro zone inflation data is due on Wednesday.

“If the euro zone inflation data also surprises on the upside tomorrow the market might bet on a more hawkish ECB. That means EUR might find further support in the run-up to the meeting on Thursday,” Commerzbank’s Park-Heger said.

Business confidence surveys are set for release through Tuesday morning. Spanish factory activity grew in January for a twelfth consecutive month, despite persistent troubles with supply chains and price pressures.

The Russian rouble recovered to its strongest since Jan. 24 versus the dollar. It sank to a 15-month low last week, battered by tensions between Moscow and the West over Ukraine. read more