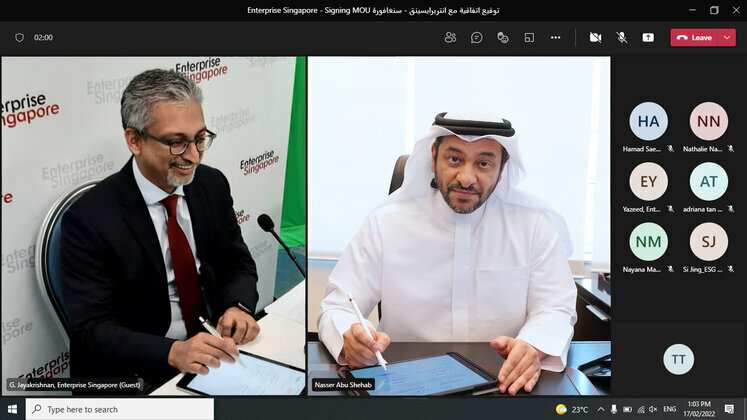 In order to further develop its public transportation, Dubai has sought help from Singapore to improve the system.

The MoU is aimed at taking advantage of the best trade and investment practices in public transport and mobility in Singapore.

Abu Shehab said: “The MoU sets out several general objectives which include identifying investments and commercial tangible projects that can contribute to the strategic objectives of the RTA. It calls for jointly identifying and creating opportunities in RTA projects for companies in Singapore to partner with them to implement those projects, while adhering to procurement policies and processes. They also called for collaboration to identify the scope and market of Public-Private Partnership projects for direct investment by Singapore companies. spanning the RTA and Singapore.

Jayakrishnan commented: “The signing of this MOU underscores the longstanding relationship between RTA and ESG. As Dubai sets out to further improve its transportation system, Singapore companies can expect opportunities in innovation, technical collaboration and investment in clean energy mobility. intelligent transport, smart road infrastructure and fuel cell technology. ESG will work with RTA to identify potential leading projects to facilitate such collaboration.”

“Dubai’s Road and Transport Authority will also explore opportunities for direct investment by Singaporean companies.  The Authority has had some success seeking investment in the past, securing more than $270 million in 2020.

Dubai also has an extensive public transportation system consisting of an underground metro, buses, trams and more. Authorities in the UAE’s largest city have recently sought to improve the system, particularly regarding the environment. In March, the Roads and Transport Authority announced it is recycling wastewater at one of its depots.

As many as 37.3 million riders used services of Dubai’s Roads and Transport Authority during Expo 2020 Dubai.

Mattar Al Tayer, Director-General, Chairman of the Board of Executive Directors, RTA, said the figure constitutes 67% of the total usage of transport services at Expo, which was held for six months from October 2021 to March 2022.