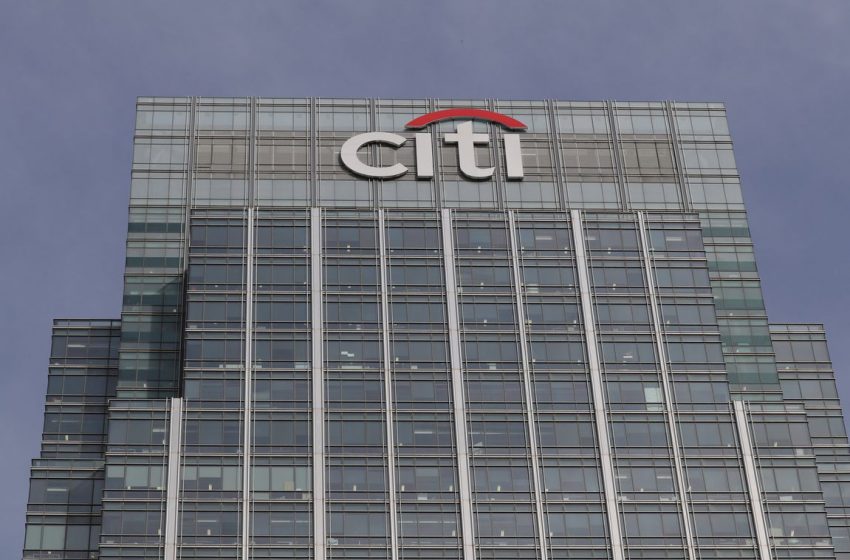 The Citi bank logo is seen at their offices at Canary Wharf financial district in London,Britain, March 3, 2016. REUTERS/Reinhard Krause

“EM growth will suffer for a variety of reasons to do with weakening external demand growth, lower global trade growth, and the effects of further domestic monetary and fiscal tightening in many countries,” Lubin wrote in a note to clients.

Looking beyond next year, developing nations were facing a ‘broken growth model’ caused by an irreversible slowdown in China, worsening demographics and rising economic nationalism, Lubin added, which might affect the flow of foreign direct investment.

“The likely deterioration of the growth picture in EM leads to a difficult question: how will EM attract capital inflows?”

While this was unlikely to cause a crisis, these factors would sharpen the focus on domestic debt burdens in countries such as Brazil and South Africa, where weak growth and rising interest rates would push public debt to GDP ratios up to levels that might cause concern.

Overall, with major economies striving to make their supply-chains more resilient, developing nations that were close to large, major economies – such as Mexico, ASEAN nations or CEE countries – were in a better position than geographically remote ones for example in South America.Reporting by Karin Strohecker; editing by Barbara Lewis