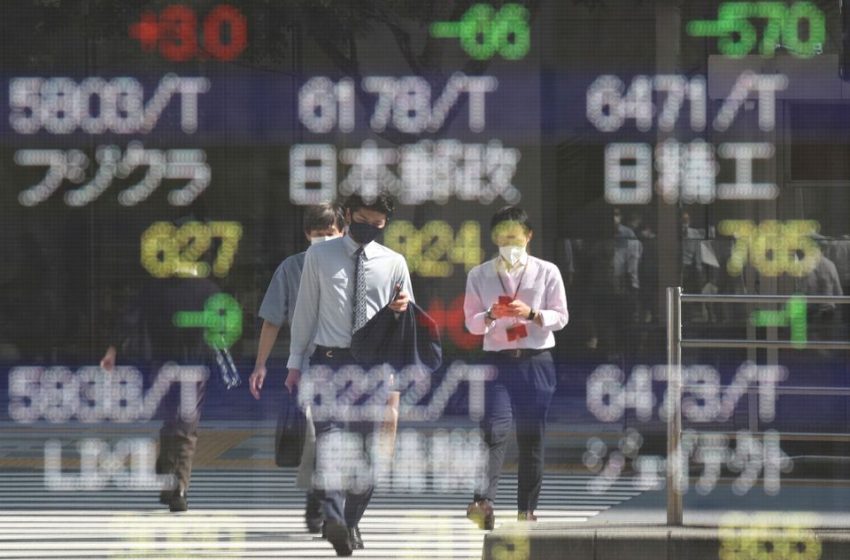 LONDON, Nov 12 (Reuters) – European shares chalked up new highs on Friday as shock from unexpectedly strong U.S. inflation data earlier in the week eased, though investors kept a wary eye on rising yields as the dollar hit a 16-month high.

The STOXX (.STOXX) index of 600 companies was up 0.09%, enough to eke out a new record high for a second day running. The CAC 40 French blue chip index (.FCHI) in Paris also clocked up a new high.

The MSCI All Country stock index (.MIWD00000PUS) was up 0.12% at 752.94 points, holding steady after Wednesday’s drop in the wake of data showing U.S. inflation at its highest in three decades. The index is barely 6 points below Tuesday’s record high.

U.S. bond markets reopen on Friday after closing on Thursday for Veterans Day.

“What we want to see today is whether or not the drop in bonds and rise in yields that started to play out on Wednesday after the inflation data continues today,” said Mike Hewson, chief markets analyst at CMC Markets.

“Directionally, the line of least resistance is for lower bond prices and higher yields and the stock market does not seem to care that much.”

The world’s stock prices posted their biggest fall in over a month on Wednesday on data showing that the U.S. consumer price index rose 6.2% year-on-year in October, the strongest advance since November 1990. read more

“Inflation is obviously a risk to watch. But stock prices will face a major crash only if the Federal Reserve turns out to be completely wrong in its assessment and is forced to raise interest rates rapidly. That’s not where we are now,” said Norihiro Fujito, chief investment strategist at Mitsubishi UFJ Morgan Stanley Securities.

While the inflation data suggested that the current wave of price spikes due to chronic worldwide supply constraints could have more staying power than many had hoped, many investors still think inflationary pressure will eventually ease.

“If we get over the year-end holiday shopping season, when demand should be peaking, perhaps inflation could subside,” said Hirokazu Kabeya, chief global strategist at Daiwa Securities.

An index of the dollar against six other currencies was slightly firmer at 95.160 in its third straight day of gains and hitting its highest level since July 2020.

The yen softened to 114.02 per dollar , near its four-year low hit last month, while commodity currencies such as the Australian dollar and the Canadian dollar were on a back foot.

Oil prices dipped as the market grappled with a stronger U.S. dollar, along with concern over increasing U.S. inflation, and after OPEC cut its 2021 oil demand forecast due to high prices.