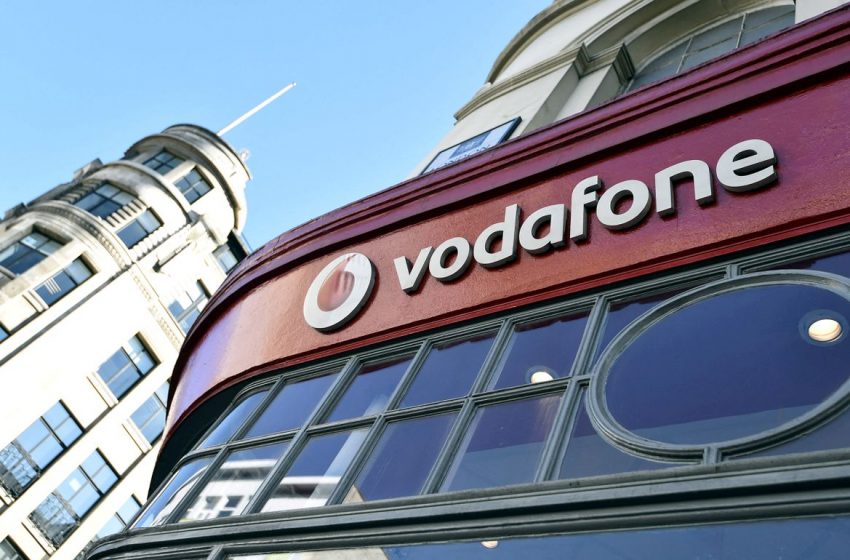 Branding for Vodafone is seen on the exterior of a shop in London, Britain, September 10, 2015. REUTERS/Toby Melville

Global infrastructure funds have approached Vodafone (VOD.L) to invest in its $16 billion mast company Vantage Towers (VTWRn.DE) but the telecoms giant’s preference is for an industry merger, sources familiar with the matter told Reuters.

The bidders, which include investment firms Brookfield and Global Infrastructure Partners (GIP), have submitted unsolicited proposals in recent weeks valuing Vantage Towers at a premium to its current valuation of 15 billion euros ($16.57 billion), one of the sources said, speaking on condition of anonymity.

The offers are for a majority stake in Vantage Towers, the source said, adding that Vodafone was studying the proposals and had not taken any decision.

Shares in Vantage Towers were up 11.4% at 9.26 GMT after gaining 5% in early trade following the Reuters report on takeover interest.

Vodafone shares were up 1.4%, outperforming their peers in the telecom sector which was broadly flat.

Vodafone, which listed Vantage Towers in Frankfurt last year and still owns 81% of the business, has been reluctant to engage in talks with financial investors as it seeks to clinch an industry merger for Vantage with either Deutsche Telekom’s (DTEGn.DE) towers unit DFMG or Orange’s (ORAN.PA) Totem, two separate sources said, cautioning no deal was imminent.

A spokesperson for Deutsche Telekom said the company was reviewing strategic options for its infrastructure business, without elaborating.

If it goes ahead, a deal for its towers business would align Vodafone’s strategy with Cevian’s demands to look into strategic opportunities for its tower assets.

Such a move would come after the London-listed company turned down an 11 billion euro approach for its Italian operations in February, while its ambitions to consolidate the Spanish market hit a snag in early March after Orange and MasMovil announced exclusive talks to combine their respective businesses in Spain. read more

Telecoms executives have repeatedly called for market consolidation to reduce competition and boost operators’ profitability at a time they need cash to invest in the rollout of 5G mobile telecom infrastructure.

“The next stage (for Vantage) should be an industrial merger, bringing our towers with another large player, a like-minded player, a like-minded operator,” Read told reporters last month, stressing his interest in exploring a combination with the infrastructure assets of either Orange or Deutsche Telekom.

He added that while Vodafone was open to cutting its stake in Vantage, there was “plenty of room for us to monetize down while staying in co-control of that entity with that like-minded player.”

Earlier this month, Reuters reported that Deutsche Telekom had kicked off an auction for its towers business with indicative bids expected in mid March. read more

One of the sources said that while Vodafone is closely monitoring Deutsche Telekom’s towers sale, it is more likely to pursue a deal with Orange’s Totem due to antitrust concerns in Germany.

This source ruled out a deal with financial investors, saying that at this stage only an industry tie-up was on the cards.

Burdened by heavy debt and huge costs, telecom towers have been the target of several big takeovers in the past few years.

Independent tower operators such as Spain’s Cellnex and U.S.-based American Tower Corp (AMT.N) are also on the lookout for infrastructure deals as they race to expand in Europe for the roll-out of next-generation 5G technology. read more