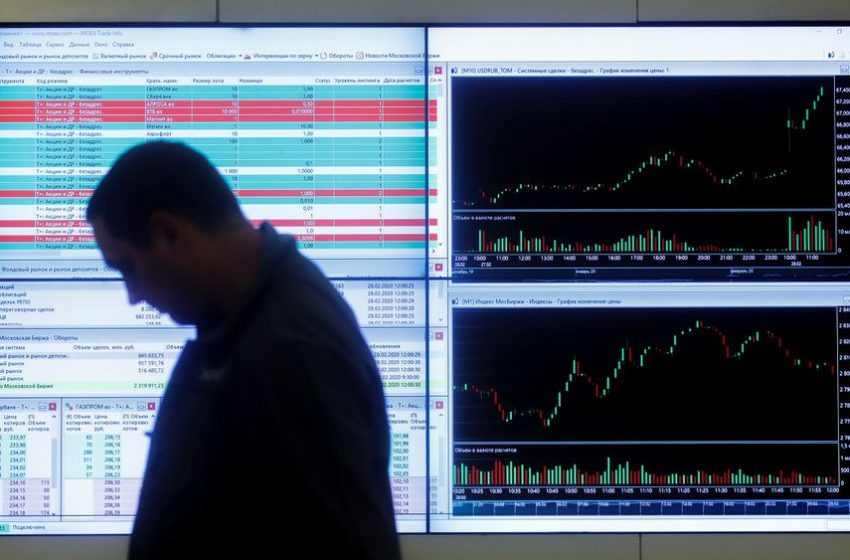 A man walks past an information screen on display inside the office of the Moscow Exchange in Moscow, Russia February 28, 2020. REUTERS/Maxim Shemetov

Russia’s stock market is “uninvestable” after stringent new Western sanctions and central bank curbs on trading, making a removal of Russian listings from indexes a “natural next step”, a top executive at equity index provider MSCI said on Monday.

“It would not make a lot of sense for us to continue to include Russian securities if our clients and investors cannot transact in the market,” Dimitris Melas, MSCI’s head of index research and chair of the Index Policy Committee, told Reuters.

“It is obvious to all of us that the market is very difficult to trade and, in fact, it is uninvestable today.”

Financial institutions around the world are winding down or suspending business in Russia, following heavy sanctions by Western governments against Russia in the wake of its military invasion of Ukraine last week. read more

Melas said the company could launch a consultation with investors immediately, the result of which could be announced within days along with the action which would be taken.

MSCI announced on Thursday that it had frozen the index and would not implement the changes for Russian securities it had previously announced as part of its February review. read more

Later on Monday, MSCI released a statement seeking feedback on the current level of accessibility and investability of the Russian equity market for international institutional investors.

MSCI also said it would issue further communication before the end of the week following a review of feedback from market participants.