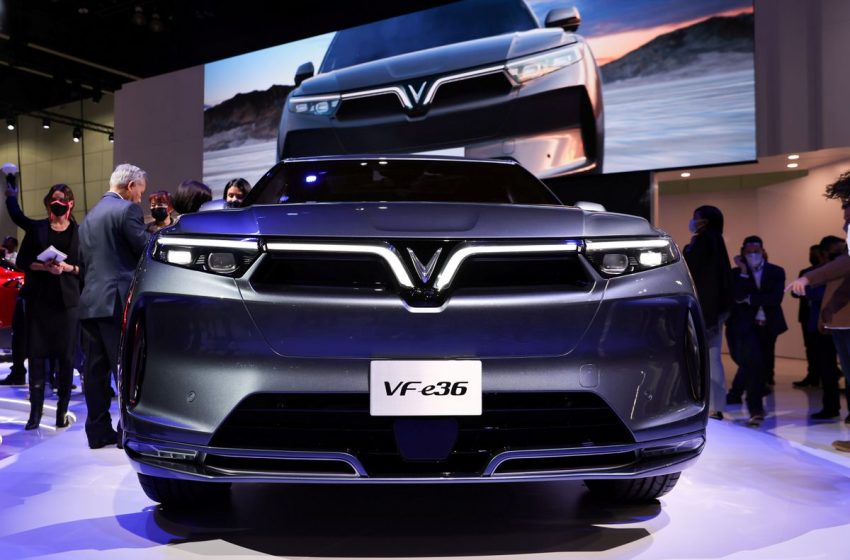 SINGAPORE, Nov 30 (Reuters) – Vietnam’s largest conglomerate Vingroup (VIC.HM) is in talks with investors, including Qatar’s sovereign fund and BlackRock (BLK.N), to raise about $1 billion in equity for its car unit, three sources aware of the matter said.

The fundraising exercise comes as VinFast, Vingroup’s automobile arm, is betting big on the U.S. market, where it hopes that its electric SUVs and a battery leasing model will be enough to woo consumers away from the likes of Tesla (TSLA.O) and General Motors (GM.N). read more

If successful, it is likely to end up as Vietnam’s largest private fundraising, underscoring heightened investor interest in Southeast Asia, a region where ride-hailing and delivery giants Grab and GoTo have raised billions of dollars.

“Electric vehicles are the topic of the year and there’s huge investor interest,” said one of the sources.

Vingroup is in discussions for the fundraising ahead of VinFast’s potential U.S. listing that could take place as early as next year, said the sources, who declined to be identified as negotiations are still ongoing. read more

They said the company could finalise the private fundraising deal as early as next month. Vingroup is also in talks with global private equity firms.

The sources said Vingroup is in advanced talks with Qatar Investment Authority (QIA), the country’s $300 billion sovereign wealth fund, which has been diversifying its investments from its core European and U.S. markets towards Asia.

Vingroup declined to comment while there was no response from QIA. BlackRock did not immediately respond to a request for comment.

VinFast plans a U.S. listing within the next couple of years, its chief executive told Reuters earlier this month, aiming to join a growing list of electric vehicle startups that have taken advantage of investor enthusiasm and raised money.

Two sources told Reuters that VinFast was sticking to a previous plan of either listing via a special purpose acquisition company (SPAC) or making a standalone listing.

VinFast, established in 2017 as part of Vingroup, plans to start producing electric cars in the United States in the second half of 2024. It unveiled two electric sport utility vehicles, VF e35 and VF e36, at the Los Angeles Auto Show this month.Reporting by Anshuman Daga; Additional reporting by Saeed Azhar in Dubai and Phuong Nguyen in Hanoi; Editing by Muralikumar Anantharaman