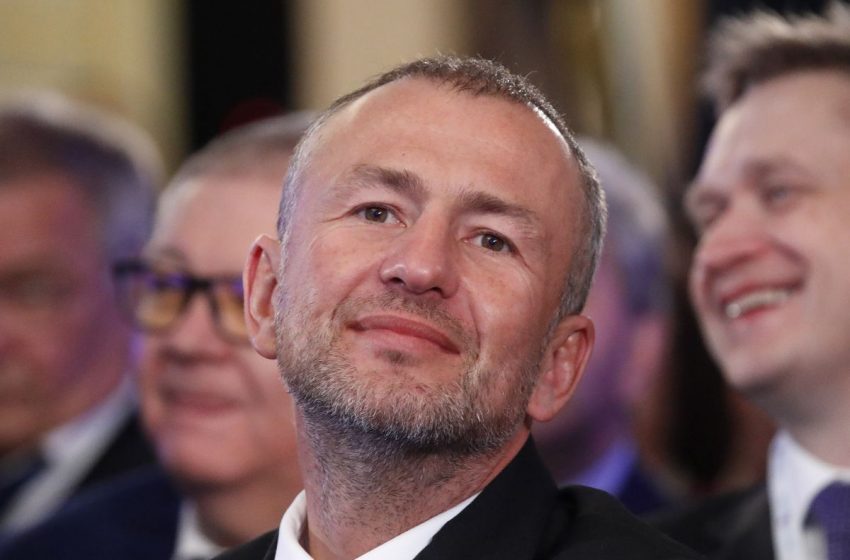 Russian billionaire Andrei Melnichenko attends a session during the Week of Russian Business, organized by the Russian Union of Industrialists and Entrepreneurs (RSPP), in Moscow, Russia February 9, 2018. REUTERS/Sergei Karpukhin

A global food crisis looms unless the war in Ukraine is stopped because fertiliser prices are soaring so fast that many farmers can no longer afford soil nutrients, Russian fertiliser and coal billionaire Andrei Melnichenko said on Monday.

The United States and its European allies have cast Putin’s invasion as an imperial-style land grab that has so far been poorly executed because Moscow underestimated Ukrainian resistance and Western resolve to punish Russia.

The West has sanctioned Russian businessmen, including European Union sanctions on Melnichenko, frozen state assets and cut off much of the Russian corporate sector from the global economy in an attempt to force Putin to change course.

Putin refuses to. He has called the war a special military operation to rid Ukraine of dangerous nationalists and Nazis.

“The events in Ukraine are truly tragic. We urgently need peace,” Melnichenko, 50, who is Russian but was born in Belarus and has a Ukrainian mother, told Reuters in a statement emailed by his spokesman.

“One of the victims of this crisis will be agriculture and food,” said Melnichenko, who founded EuroChem, one of Russia’s biggest fertiliser producers, which moved to Zug, Switzerland, in 2015, and SUEK, Russia’s top coal producer.

Russia’s invasion of Ukraine has killed thousands, displaced more than 2 million people, and raised fears of a wider confrontation between Russia and the United States, the world’s two biggest nuclear powers.

Putin warned last Thursday that food prices would rise globally due to soaring fertiliser prices if the West created problems for Russia’s export of fertilisers – which account for 13% of world output.

Russia is a major producer of potash, phosphate and nitrogen containing fertilisers – major crop and soil nutrients. EuroChem, which produces nitrogen, phosphates and potash, says it is one of the world’s top five fertiliser companies.

The war “has already led to soaring prices in fertilisers which are no longer affordable to farmers,” Melnichenko said.

“Now it will lead to even higher food inflation in Europe and likely food shortages in the world’s poorest countries,” he said.

Melnichenko, who was just 19 when the Soviet Union collapsed, started out trading foreign currency while a physics student at the prestigious Moscow State University.

A gifted mathematician who once dreamt of becoming a physicist, Melnichenko dropped out of university to dive into the chaotic – and sometimes deadly – world of post-Soviet business.

He founded MDM Bank but in the 1990s was still too minor to take part in the privatisations under President Boris Yeltsin which handed the choicest assets of a former superpower to a group of businessmen who would become known as the oligarchs due to their political and economic clout.

Melnichenko then began buying up often distressed coal and fertiliser assets. His fortune in 2021 was estimated by Forbes to be $18 billion, making him Russia’s eighth richest man.

The European Union on Wednesday sanctioned Melnichenko for Russia’s invasion. It said his attendance at a Kremlin meeting with Putin and 36 businessmen organised by the Russian Union of Industrialists and Entrepreneurs showed he was “one of the leading businesspersons involved in economic sectors.”

Melnichenko “has no relation to the tragic events in Ukraine. He has no political affiliations,” his spokesman said.

“To draw a parallel between attending a meeting through membership in a business council, just as dozens of business people from both Russia and Europe have done in the past, and undermining or threatening a country is absurd and nonsensical,” the spokesman said, adding Melnichenko will dispute the sanctions.

On March 9, Melnichenko resigned as member of the board and non-executive director in both EuroChem and SUEK, and withdrew as their beneficiary, the spokesman said. EuroChem has production assets in Russia, Lithuania, Belgium, cand Kazakhstan.