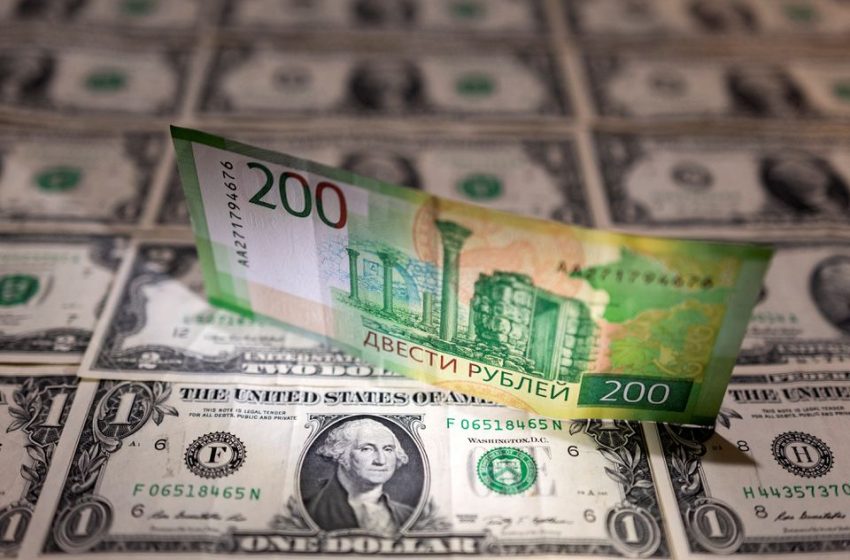 The United States, Britain and European Union leaders are targeting Russian banks as part of a new package of sanctions following Moscow’s invasion of Ukraine.

Here is a rundown of how sanctions which have already been announced impact banks and investors:

WHAT HAS BEEN ANNOUNCED SO FAR?

The U.S. Treasury Department said it was targeting the “core infrastructure” of Russia’s financial system, sanctioning two of its largest banks – state-backed Sberbank (SBER.MM) and VTB (VTBR.MM). Also on the sanctions list are Otkritie, Sovcombank and Novikombank and some senior executives at state-owned banks.

U.S. banks must sever their correspondent banking ties – which allow banks to make payments between one another and move money around the globe – with Russia’s largest lender, Sberbank, within 30 days.

Officials in Washington also wielded the U.S. government’s most powerful sanctioning tool, adding VTB, Otkritie, Novikombank and Sovcombank to the Specially Designated Nationals (SDN) list. The move effectively kicks the banks out of the U.S. financial system, bans their trade with Americans, and freezes their U.S. assets. read more

The U.S. sanctions came soon after the British government said it would impose an asset freeze on all major Russian banks, including VTB, and stop major Russian companies from raising finance in Britain.

Britain also announced asset freezes and travel bans on members of Russia’s political and financial elite — including those who have long enjoyed high-rolling London lifestyles.

More than 100 individuals, entities and subsidiaries will ultimately be sanctioned.

However, there were few details on specific measures.

EU Foreign ministers were due to convene in Brussels for an emergency session from 1400 GMT to settle measures broadly agreed in principle overnight. read more

European leaders earlier in the week had agreed to sanction 27 individuals and entities, including banks financing Russian decision-makers and operations in the breakaway territories in Ukraine, but not the biggest lenders.

Washington had imposed sanctions on Promsvyazbank and VEB.

The United States had also ramped up prohibitions on Russian sovereign debt, which U.S. President Joe Biden said would cut the Russian government off from Western financing. read more

Russia’s large banks are deeply integrated into the global financial system, meaning any sanctions on the biggest institutions could be felt far beyond its borders.

The U.S. Treasury said Thursday’s sanctions would disrupt billions of dollars worth of daily foreign exchange transactions conducted by Russian financial institutions. Overall, these institutions conduct about $46 billion worth of forex transactions, 80% of which are in dollars. “The vast majority of those transactions will now be disrupted,” it said.

The sanctions target nearly 80% of all banking assets in Russia.

Sberbank said that it was prepared for any developments. read more

VTB said it had prepared for the most severe scenario. “We have worked through several plans to counter the sanctions in ways which minimize the negative consequences for our clients,” it said in a statement.

Sovcombank, Otkritie and Novikombank did not reply to requests for comment. The Russian embassy in the United States also did not immediately reply to a request for comment.

The new sanctions EU leaders are preparing to announce are likely to include freezing Russia’s assets and halting access to financial markets by its banks.

WHAT WOULD HIT HARDEST?

What banks and Western creditors fear most is that Russia is banned from the global payment system, SWIFT, which is used by more than 11,000 financial institutions in over 200 countries. read more

Such a move would hit Russian banks hard but the consequences are complex. Banning SWIFT would make it tough for European creditors to get their money back. read more

European leaders have opted not to lock Russia out of SWIFT at this stage.

Britain’s Johnson said on Thursday he intended to work with allies to shut off Russia’s access to SWIFT. U.S. President Biden said it remained an option.

Analysts said Russian institutions are better able to cope with sanctions than eight years earlier, although that does not mean they would not hurt.

The Institute of International Finance, the largest international banking group, said U.S. sanctions on Russia will have a sizeable impact on Russia’s economy and citizens and could cause a recession.

WHICH FOREIGN BANKS ARE MOST EXPOSED?

Many foreign banks have significantly reduced their exposure to Russia since 2014 but several Western banks have been involved in deals and have other relationships.

Italian and French banks each had outstanding claims of some $25 billion on Russia in the third quarter of 2021, based on Bank of International Settlement figures.

Austrian banks had $17.5 billion. That compares with $14.7 billion for the United States.