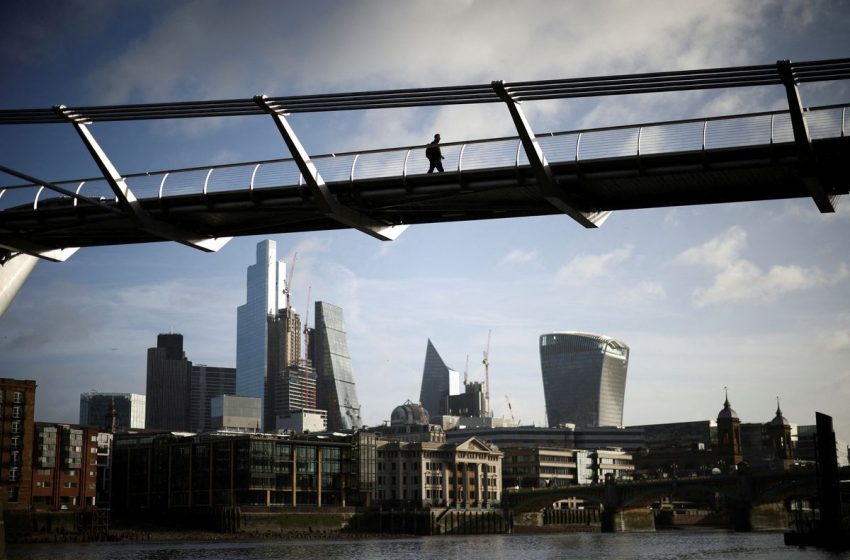 Europe’s banks – particularly those in Austria, Italy and France – are the world’s most exposed to Russia, and for weeks they have been on high alert should governments impose new sanctions against the country. read more

The European Union is discussing banning trade in Russian state bonds and sanctioning hundreds of people, with decisions possible later on Tuesday. The United States is also preparing a sanctions package.

In an indication of how seriously Western European leaders were treating Russia’s latest moves in Ukraine, German Chancellor Olaf Scholz said he was putting on ice the certification of the Nord Stream 2 gas pipeline, an important future energy source for Europe’s largest economy. read more

The boss of HSBC (HSBA.L), one of Europe’s largest banks, said on Tuesday he was concerned about the risk of “wider contagion” for global markets from the deepening crisis in Ukraine, though the bank’s direct exposure was limited. read more

RBI (RBIV.VI), which has big operations in Russia and Ukraine, said while business was now normal, “in the event of an escalation, the crisis plans that the bank has been preparing over the past few weeks will come into effect”.

Shares in the Austrian lender were down 5% by midday Tuesday, off the day’s lows.

ING of the Netherlands, which has a large presence in Russia, said: “A further escalating conflict could have major negative consequences.”

With policymakers scrambling to put together sanctions packages, Germany’s banks said they must ensure that sanctions were “precise and unambiguous”, removing any room for interpretation that could make it hard for financial firms to carry them out.

The details are important because non-compliance would risk stiff penalties.

“For banks, it is crucial that sanctions are formulated in a sufficiently precise and unambiguous manner, (and) do not leave any questions open for interpretation,” the German banking association said in a statement.

For now, banks are in limbo until sanctions become concrete. “We are monitoring the situation,” said a spokesperson with the European Banking Federation in Brussels.