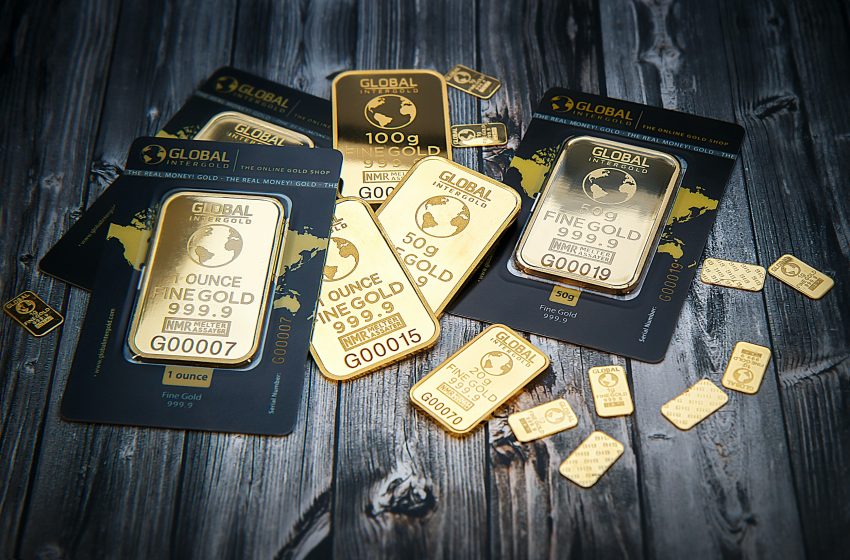 On Tuesday, Gold prices dropped as the dollar stayed strong on rising prospects of more Russian sanctions, and bigger interest-rate hikes by the Federal Reserve to rein in inflation.

As investors flew to perceived safe haven assets after Russia’s shocking invasion of Ukraine at the end of February, gold prices have been on an upward trend since mid-January.

President Volodymyr Oleksandrovych Zelenskyy described northern Ukrainian civilian killings committed by the Russian forces as “war crimes” that merited commensurate punishment from the US and Europe.

In China, gold discounts widened to $2-$6 an ounce on global benchmark spot rates compared with $5 in the previous week.

Ukraine’s gold and foreign currency reserves stand at $29 billion, the same level as before Russia’s invasion.

Jeffrey Halley, a senior market analyst at Oanda, said despite the gains overnight, gold remains stuck in a roughly $1,915 to $1,950 an ounce range, with no signs of a directional breakout yet way.

The dollar scaled a near two-year peak as Fed officials pushed for a quick reduction in the central bank’s bloated balance sheet, with one of them expressing openness to hefty rate increases of half a percentage point.

Fed Governor Lael Brainard said she expected a combination of rate increases and a rapid balance sheet runoff to bring U.S. monetary policy to a “more neutral position” later this year, with further tightening to follow as needed.

The Fed will release on Wednesday minutes of its March meeting that could provide details on its plans to reduce its bond holdings.