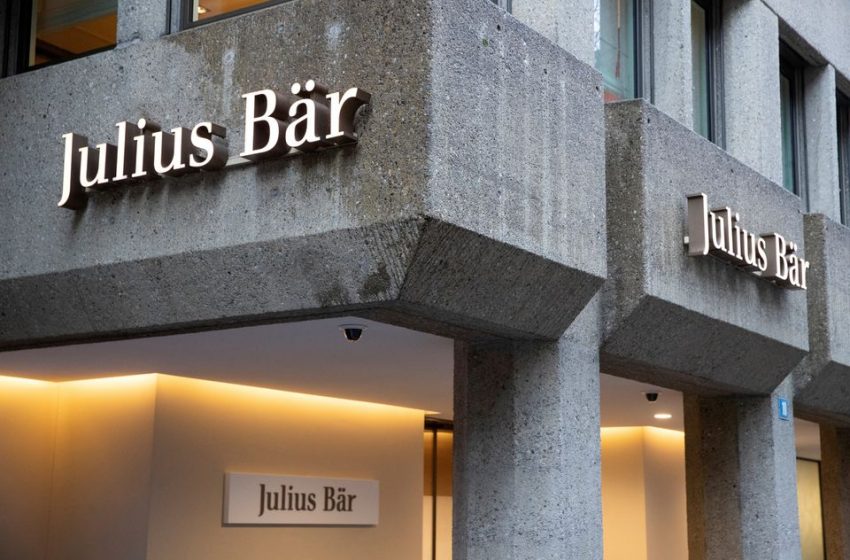 The logo of Swiss private bank Julius Baer is seen at their headquarters in Zurich, Switzerland February 2, 2022. REUTERS/Arnd Wiegmann/File Photo

Switzerland needs two big banks to fuel competition, the chief executive officer of Julius Baer (BAER.S) said in a newspaper interview amid speculation about the future of Credit Suisse (CSGN.S), the second-biggest lender after UBS (UBSG.S).

Credit Suisse is trying to turn the page on costly scandals that prompted a near total reshuffle of top management and a restructuring seeking to curtail risk-taking. A report this month that State Street Bank planned a takeover bid – since denied – briefly sent its shares soaring. read more

Rickenbacher said Baer was well-placed to handle the consolidation expected to come in the sector.

“This has been suspended since 2020 because the markets were doing well and all banks profited. But wealth management is becoming structurally more expensive and the density of regulations is increasing,” he was quoted as saying.

“Technology is also increasingly penetrating our business, even though people will always play a central role. Julius Baer can handle the necessary investments, many smaller wealth managers cannot.”

He said clients were wary of taking on new risks, given the market uncertainty amid COVID-19 restrictions in Asia, disrupted supply chains, inflation fears and the Russia-Ukraine conflict.