Morning Bid: A most favoured nation no more 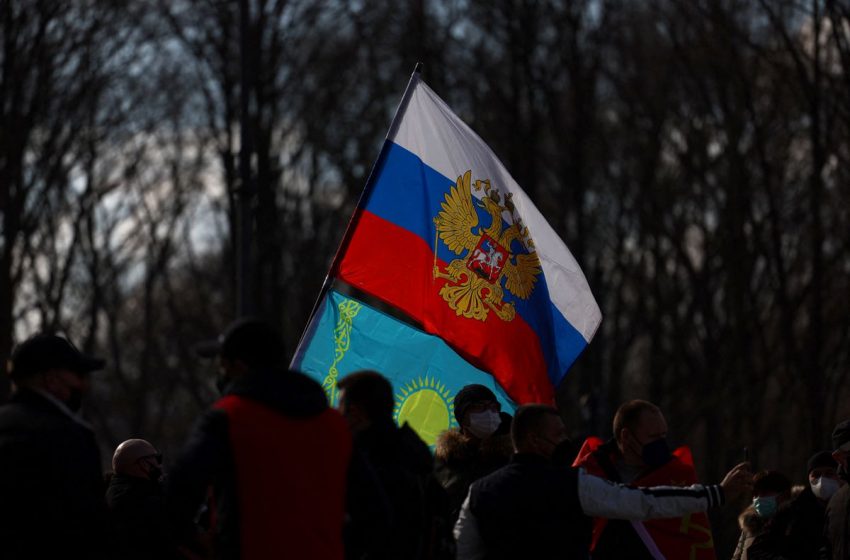 European markets are about to start trading with news emerging that Western nations are set to ramp up sanctions on Russia for its invasion of Ukraine by revoking its “most favoured nation” trade status. read more

The move, not yet official, paves the way to slap tariffs on a wide range of Russian goods and adds to the overnight pressure of Wall Street’s Goldman Sachs (GS.N) and JPMorgan (JPM.N) announcing an orderly retreat from the country. read more

While global markets experienced brief jitters of hope for a diplomatic solution to the crisis this week, the mood has taken a firm step into the pessimistic camp this morning.

The U.S. dollar just hit a new five-year top versus the yen after a strong U.S. inflation report, while the euro struggled to hold its own as a hawkish turn from the European Central Bank was offset by growth risks emanating from the Ukraine crisis.

There are many assets through which investors seek to gauge the market stress triggered by the war in Ukraine, from oil and grains to stocks and bonds but the euro is increasingly seen as this crisis’ ultimate ‘fear index’.

Europe’s biggest security crisis since 1945 has sent the common currency on a roller coaster which took it to its worst week since the COVID-19 crash and its biggest daily jump since 2016 last week.

On that front, some investors may be disappointed to read that EU leaders gathered in Versailles, west of Paris, are considering more spending over the war in Ukraine but not yet ready to mention any new joint debt issuance.

In the meantime, futures for European stock markets are pointing towards gains of about 1% at the open which won’t make for the 1.7% lost yesterday. read more

Oil prices, which also tend to expose sentiment across trading floors, are stabilising this morning and were on track for their biggest weekly drops since November as hopes of bringing more supply to the market seem to overcome, at least temporarily, fears of escalating bans on Russian oil.