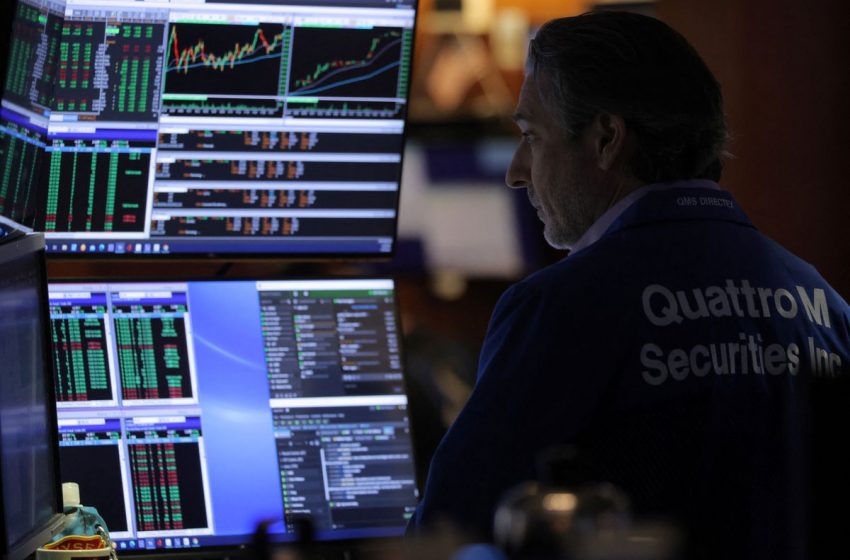 A trader works on the trading floor at the New York Stock Exchange (NYSE) in Manhattan, New York City, U.S., May 19, 2022. REUTERS/Andrew Kelly

A look at the day ahead in markets from Saikat Chatterjee.

Markets are starting to buckle in a week where the world’s top central bank issued its most dire warning yet on the need to kill surging inflation, just as fresh signs of rapidly deteriorating growth outlook emerged.

An index of world stocks is poised for its worst losing streak on record. Safe-haven gold is down nearly 4% this quarter. Safe-haven government debt, with prices on 10-year U.S. Treasuries down more than 10% so far this year, have been given a bit of respite.

And though U.S. and European stock futures are rising on Friday after China cut its benchmark reference rate for mortgages to support a struggling economy, there is a growing fear that the world economy is lurching towards recession. read more

But there seems to be no stopping policymakers. On Wednesday, Federal Reserve chief Jerome Powell said officials are prepared to take interest rates as high as needed to kill inflation. Even some officials at the dovish European Central Bank are talking about an aggressive 50 bps hike in July.

What will turn this around? Global central banks releasing their tightening grip on monetary policy? A cessation of the Ukraine-Russia conflict or China relaxing its zero-COVID tolerance?

There is no sign of any of these happening in the foreseeable future. An index of U.S. financial conditions is still in loose territory and distance away from a pandemic-era high. So batten down the hatches and prepare for more pain.