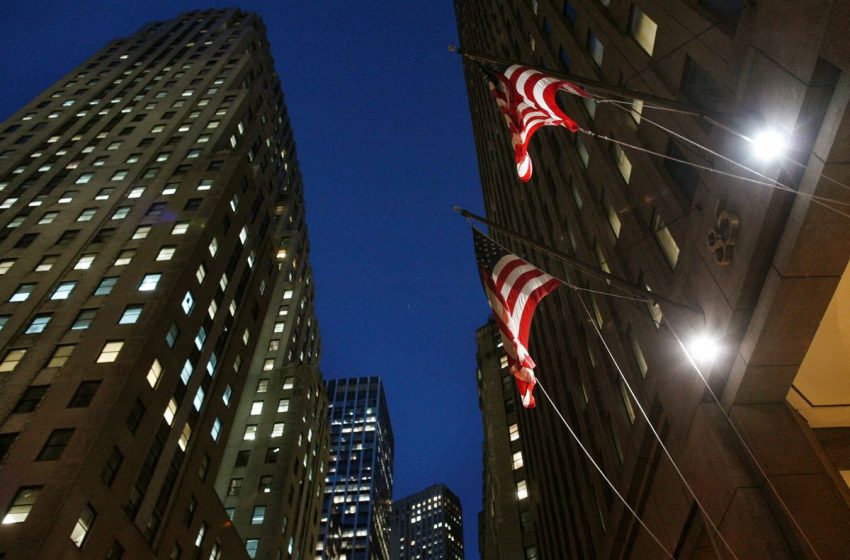 A look at the day ahead from Julien Ponthus.

For all the turmoil across financial markets yesterday, the Nasdaq creeping dangerously near correction territory and closing below a key 200-day moving average probably came as the least surprising feature for investors.

After all, dumping expensive tech and growth stocks when bond yields rise as the Federal Reserve embarks on an interest hike cycle is seen as basic stock market trading 101.

Going overweight on banking stocks on tighter monetary policy is another common trade but that one backfired spectacularly when Goldman Sachs (GS.N) missed quarterly profit expectations and plunged 7% as rising expenses bit into its fourth quarter earnings. read more

Traders are now waiting for Bofa (BAC.N) and Morgan Stanley (MS.N) to update the market today and see whether the key theme of this new earnings season might just be rising costs, including pay, denting profits across all industries.

With European and U.S. stock futures down over 0.5%, it’s fair to say there’s palpable uncertainty on that front as other structural forces of this tightening cycle are only gaining strength in these early days of 2022.

The dollar is pumped up against rival currencies with benchmark U.S. Treasury yields trading on two-year highs as the Federal Reserve shows signs of being more aggressive in tackling inflation while in Europe, Germany’s 10-year bond yield rose above 0% for the first time since May 2019.

Moreover, latest data showed British consumer price rose to 5.4% in December, its highest since March 1992, a level which might encourage the Bank of England to speed up tightening. read more

Even the cautious Bank of Japan warned investors that inflation may accelerate faster than expected if raw material costs continue to spike. read more

This came as oil prices are up for a fourth day to levels last seen in 2014 as an outage on a pipeline from Iraq to Turkey increased concerns about an already tight supply outlook. read more

(This story was refiled to fix redundant word in third paragraph.)Reporting by Julien Ponthus