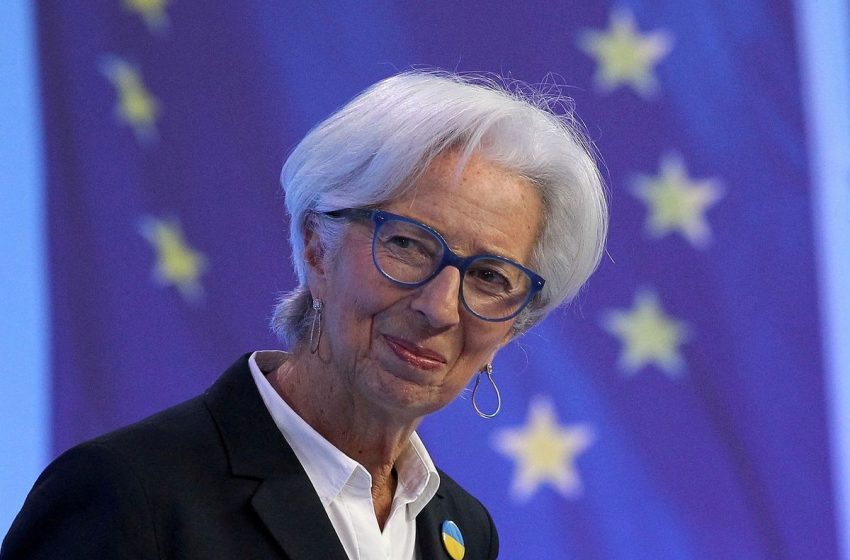 European Central Bank President Christine Lagarde openly admitted for the first time what investors had already been betting on for a while: negative interest rates, a eurozone feature for eight years, will most likely be gone by the end of summer. read more

With inflation running at a record 7.4% in the euro zone and money markets pricing over 100 basis points of hikes by end-2022, the candid tone of Lagarde’s announcement was perhaps the most surprising news for investors.

Government bond yields firmed, the euro rose and Lagarde will have a chance to give more details when she speaks at Davos after a fresh batch of indicators on European business activity.

But all eyes are now on the U.S. Federal Reserve with high expectations that the minutes from the May meeting released on Wednesday will show a commitment to swiftly tighten in a bid to tame inflation.

Chair Jerome Powell speaks later on Tuesday and no doubt investors will be hoping for a fresh update on his intentions.

Much of the recent market turmoil across stock markets has been blamed on central banks turning hawkish and many strategists believe only a dovish policy shift could turn the table in their favour again.

Blackrock cut developed markets equities to “neutral” from “overweight” but added that a “dovish pivot by the Fed” would make its analysts consider increasing exposure back to stocks again. read more

In the meantime, stock markets seem set for a rough session on Tuesday with European and U.S. futures trading deeply in the red while cash trading in Asia is also set to close in negative territory.

The upbeat last session on Wall Street gradually gave way to a risk-off sentiment and Nasdaq futures are now down close to 2% with traders blaming part of the mood swing to an earnings warning from Snap.