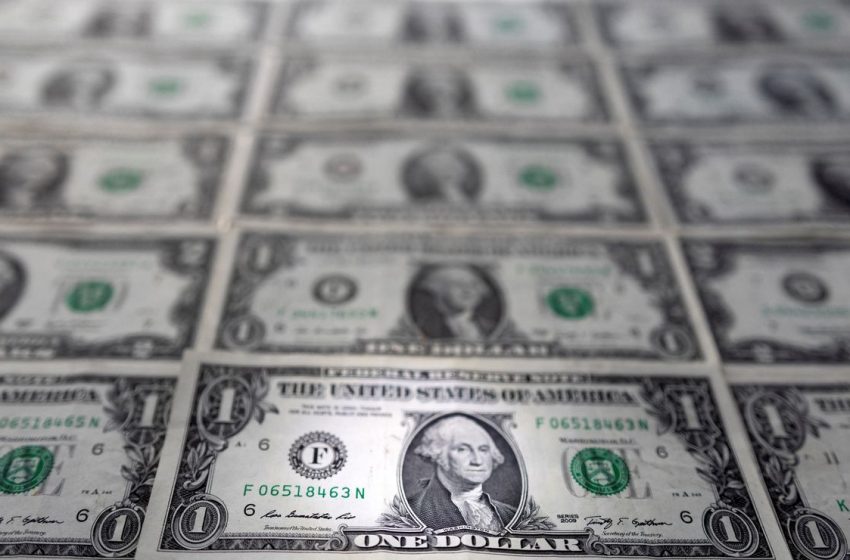 Storing wealth in cash is clearly a counter-intuitive call when inflation is surging towards double-digit figures for the first time in a generation.

Yet, many investors are doing just that: BoFA said $13.2 billion was moved into cash last week and cash positions by fund managers earlier this month reached their highest levels since the pandemic market crash of March 2020. read more

BofA analysts also warned that commodity prices were on track for their biggest increase in over a century while government bonds were set for their worst year since 1949 as central banks raise interest rates to tame surging inflation.

With equity markets losing more than 5% so far this quarter, many investors may feel vindicated in deserting risky stock markets where dividends and capital gains are looking less attractive compared to fast-rising government bond yields.

Yields on 10-year Treasuries have risen nearly 40% so far this month to 2.5% while in Germany, the Bund is closing to 0.6% and moving further away from negative territory which was its home for the past three years.

The war in Ukraine, hard-pressured supply chains, a resurgent pandemic amid buoyant inflation is making this monetary tightening cycle particularly hard to manoeuvre.

The picture, this last Monday morning of March 2022, is blurry as ever.

The yen extended its descent to a six-year low after the Bank of Japan stepped into the market to stop government bond yields from rising and Asian shares retreated as a coronavirus lockdown in Shanghai weighed on sentiment.

Oil prices are falling about $5 amid fears of weaker demand from China but are still at levels unseen since 2014.

Some answers on the direction of travel from here are expected this week with surveys on global manufacturing, inflation readings and U.S. job data.