Morning Bid: Picking through the rubble 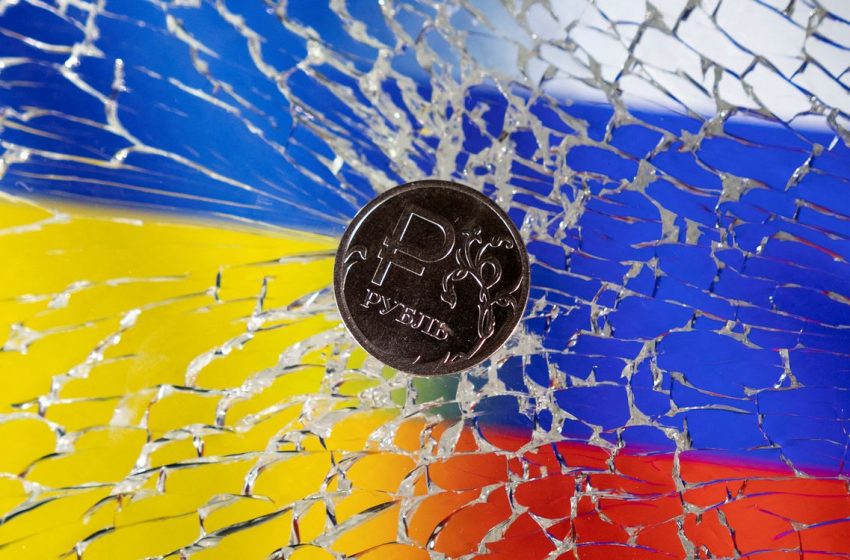 Indeed, after shedding a third of its value on Monday, the rouble is down another 5%. And it’s a matter of time before Russia is ejected from bond and equity indexes read more .

Global markets are trying to make the best of it; after hefty losses, U.S. and European equity futures are inching higher, while safe-haven bonds and the yen are down.

The collapse of a fortress does reverberate however.

There is the growth and inflation impact from $100 oil prices. Many investors are also left holding tens of billions of dollars of unsaleable Russian securities. More companies may have to follow BP in ditching Russia investments at immense cost read more

Tuesday’s PMI data confirmed factory supply chains were recovering in February. But Russia’s commodity footprint poses a threat — aside from oil and gas, Russia produces half the world’s palladium, 14% of the platinum and 6-7% of aluminium. Aluminium prices have hit a record, with shipment disruptions reported from Ukraine.

Australia encapsulated the bind central banks are in. Policymakers noted risks from the crisis, yet inflation will likely force an interest rate rise by mid-year read more .

Next — a Russian default? Its hard currency debt payments total some $55 billion this year, Oxford Economics estimates, with sovereign bonds comprising $2.6 billion. Without access to its $640 billion forex reserves or SWIFT payments systems, can Russia pay? Will it want to?

Tuesday brings a test in the form of a $417 million bond repayment from Russian telecoms firm VEON . It says it has “alternative routes” to move cash. The wait is on.