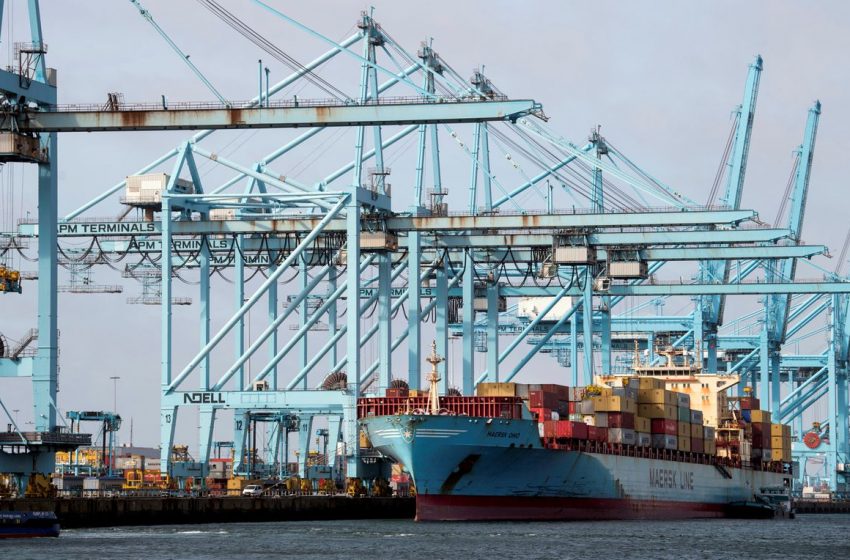 Containers are loaded onto a ship at the port of Rotterdam, Hook of Holland, Netherlands, September 11, 2018. REUTERS/Piroschka van de Wouw

It’s not just the costs of producing goods that’s going up, the price that must be paid to transport them shows no sign of easing — shipping a 40-foot container unit by sea costs double what it did a year ago and remains six times above pre-pandemic levels, the Freightos FBX index shows.

This will add 1.5 percentage points to 2022 inflation, according to the International Monetary Fund (IMF), which warns that consumers will feel the full brunt of price increases only after 12 months.

This causes “complicated trade-offs” for central bankers, the IMF says.

Or maybe not. Money markets are betting policymakers will opt to stomp inflation, even at the expense of economic growth. More than 200 basis points of U.S. rate rises are priced by end-2022, which if realised, would be the most in a calendar year since 1994, Deutsche Bank points out.

In any case, the gap between two- and 10-year Treasury yields seems well on the way to turning negative for the first time since 2019, narrowing below 6 bps on Tuesday.

This is the so-called curve inversion that is considered a reliable predictor of recession. Yet, the Fed has signalled it’s watching other curve segments which are still steep, giving it room to tighten policy further and faster.

The question is when do stock markets start to get seriously spooked? While two-year U.S. yields rose 165 bps this quarter and the 2-10 curve has snapped in some 70 bps, world stocks have recouped some gains recently and will end the quarter with only a small loss.

On Tuesday, Wall Street equity futures are positive and European stocks are higher, following on from Asian gains led by a 1% rise in Tokyo (.N225) read more .