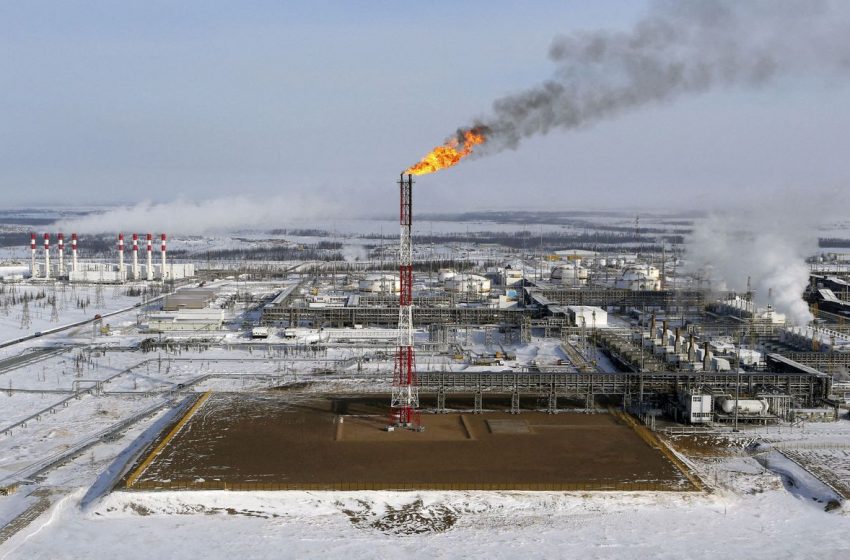 A flame burns from a tower at Vankorskoye oil field owned by Rosneft company north of the Russian Siberian city of Krasnoyarsk March 25, 2015. REUTERS/Sergei Karpukhin/File Photo

Oil prices rose on Thursday, extending a cautious rally this week on signs of tight supply while the European Union (EU) wrangles with Hungary over plans to ban imports from Russia, the world’s second-largest crude exporter, after it invaded Ukraine.

A bigger-than-expected drawdown in U.S. crude inventories in the week to May 20, following soaring exports, buoyed the market on Wednesday. U.S. refiners picked up the pace of activity, boosting overall capacity use to the highest levels since before the pandemic.

“The fundamental backdrop … is getting price supportive as the driving season is approaching and will turn even more bullish once the EU sanctions on Russian oil sales are endorsed by all parties involved,” PVM Oil’s Tamas Varga said.

European Council President Charles Michel on Wednesday said he is confident that an agreement can be reached before the council’s next meeting on May 30. read more

Germany’s economy minister Robert Habeck said the EU can still strike a deal on an oil embargo in the coming days or look to “other instruments” if no agreement is reached. read more

However, Hungary remains a stumbling block to the unanimous support needed for EU sanctions. Hungary is pressing for about 750 million euros ($800 million) to upgrade its refineries and expand a pipeline from Croatia to enable it to switch away from Russian oil. read more

Even without a formal ban, much less Russian oil is available to the market as buyers and trading houses avoid dealing with crude and fuel suppliers from the country.

There are also other factors that are favouring further upside to oil prices.

“Shanghai is preparing to reopen after a two-month lockdown, while the U.S. peak driving season begins with the Memorial Day weekend, which could provide a fillip to oil demand,” said Sugandha Sachdeva, vice president of commodities research at Religare Broking, referring to the U.S. holiday on Monday.

“All of the variables are pointing to further gains in oil prices going ahead.”

Additional reporting by Sonali Paul in Melbourne and Mohi Narayan in New Delhi;Editing by Elaine Hardcastle