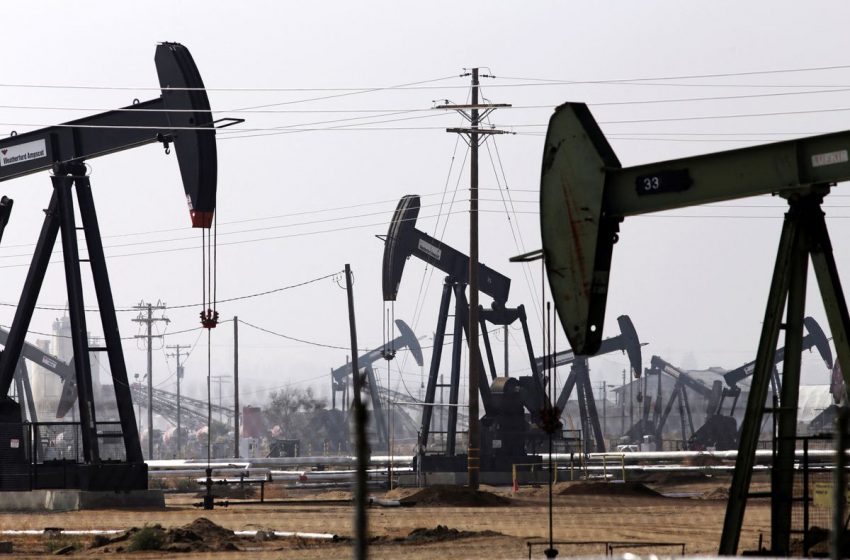 LONDON, Dec 27 (Reuters) – Oil fell on Monday after U.S. airlines called off thousands of flights over the Christmas holidays amid surging COVID-19 cases, though losses were capped by hopes that the Omicron variant will have limited impact on global demand.

More than 1,300 flights were cancelled by U.S. airlines on Sunday as COVID-19 reduced the number of available crews while several cruise ships had to cancel stops.

“Lower travel equalling lower economic activity in the U.S. equals lower WTI,” said Jeffrey Halley, analyst at brokerage OANDA, who added that the divergence between Brent and WTI could reflect that global recovery remains on course.

“The disruption to goods and services from isolating workers, notably air travel, seems to be the main fallout so far,” he said of rising Omicron cases. “That is only likely to cause short-term nerves, with the global recovery story for 2022 still on track.”

Brent has risen by more than 45% this year, supported by recovering demand and supply cuts by the Organization of the Petroleum Exporting Countries (OPEC) and its allies, collectively known as OPEC+.

Oil, which plunged by more than 10% on Nov. 26 when reports of a new variant first appeared, gained last week after early data suggested that Omicron could cause a milder level of illness.

“Though Omicron is spreading faster than any COVID-19 variant yet, a relatively relieving news is that most people infected with Omicron are showing mild symptoms, at least so far,” said Leona Liu, analyst at Singapore-based DailyFX.

Talks resume today between world powers and Iran on reviving Tehran’s 2015 nuclear deal. Iran on Monday said that oil exports were the focus of the talks, which so far appear to have made little progress on boosting Iran’s shipments.

Also on investors’ radar is the next OPEC+ meeting on Jan. 4, in which the producer alliance will decide whether to go ahead with a planned 400,000 barrels per day (bpd) production increase in February.

OPEC+ stuck to its plans at its last meeting to boost output for January despite Omicron.Additional reporting by Florence Tan and Koustav Samanta Editing by David Goodman