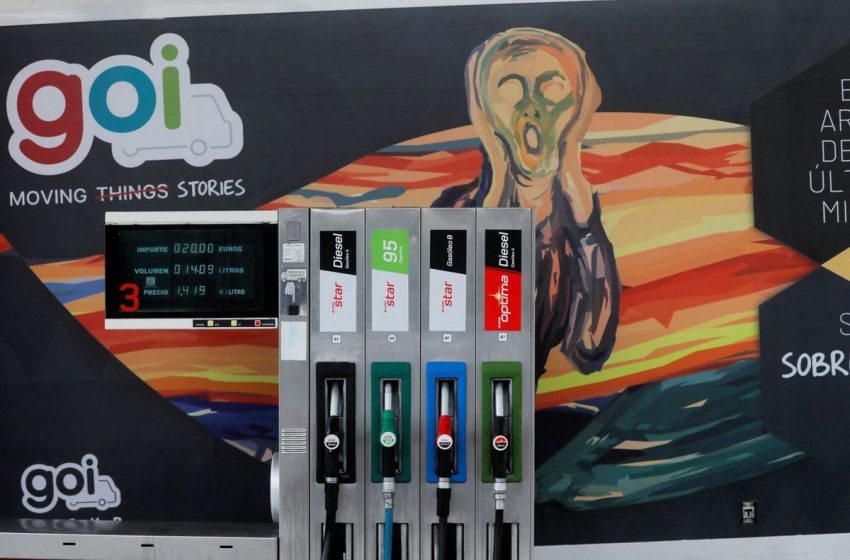 The risk of geopolitical disruption to oil supply at a time of already tight inventories due to the strong post-pandemic recovery has sent the premium commanded by barrels for prompt delivery soaring, suggesting the current price rally has further to run.

Under this “backwardated” market structure, the current price is higher than that of later-dated contract months, encouraging traders to release oil from storage and sell it promptly.

The six-month spread between Brent for March delivery versus September delivery was $6.75 on Friday, the steepest since 2013.

At that time, oil prices were above $100 a barrel, a level analysts predict could be seen again this year as demand outstrips supply. read more

Brent prices were already above $91 per barrel on Monday and heading for their biggest monthly gain in almost a year.

The spread between U.S. crude for March delivery versus September delivery was $6.88 on Monday, compared to around $3 at the start of the year.

“The oil market seems caught in a period of nervousness with tight storage and supply disruptions fuelling fears and boosting the market mood,” analysts at Julius Baer said.

Russia and the West have been at loggerheads over Ukraine, fanning fears that energy supplies to Europe could be disrupted. read more

The market is also on alert over the Middle East after the United Arab Emirates said it had intercepted a ballistic missile fired by Yemen’s Houthi as the Gulf state hosted Israel’s President Isaac Herzog in a first such visit. read more

“These frothy dynamics could last over the coming weeks and oil prices remain at risk of further spikes, with a possibility of moving towards $100 per barrel just for the sake of it,” the Julius Baer analysts said.

UBS analysts also said the market would be sensitive to potential supply disruptions given low commercial oil inventories in the face of potentially record levels of demand in 2022.