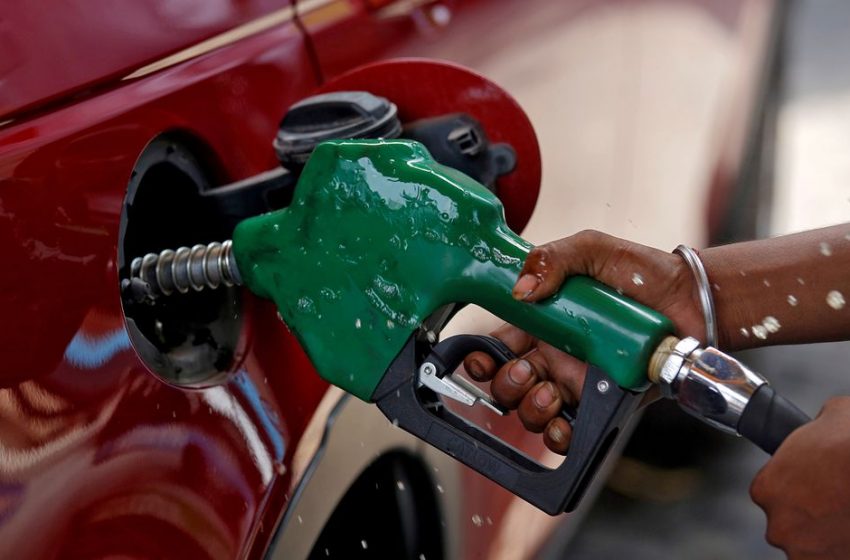 A worker holds a nozzle to pump petrol into a vehicle at a fuel station in Mumbai, India, May 21, 2018. REUTERS/Francis Mascarenhas

The market remains on edge over the prospect of further sanctions on Russia, the world’s second-largest crude exporter, after its invasion of Ukraine, actions that Moscow calls a “special operation”.

U.S. President Joe Biden is set to announce more Russian sanctions when he meets with European leaders on Thursday in Brussels, including an emergency meeting of NATO. read more

European Union member countries remain split on whether to ban imports of Russian crude and oil products which still continue to flow, but this might change once short-term contracts run out.

“Next up are Russian exports in April and there we see cancelled cargoes and problems for Russia to find buyers. India and China will buy but that won’t be enough to avoid declining Russian exports,” said SEB analyst Bjarne Schieldrop.

Russia on Tuesday warned of a drop in oil exports via the Caspian Pipeline Consortium (CPC) of up to 1 million barrels per day (bpd), or 1% of global oil production, because of storm-damaged berths. read more

CPC exports stopped fully on Wednesday and repairs will take at least one and a half months, according to a port ship agent. read more

Plunging crude stockpiles in the United States, the world’s biggest oil consumer, also added to the apprehension around supply.

Nine analysts polled by Reuters on average had estimated crude inventories rose by 100,000 barrels in the week to March 18.

Official U.S. inventory data is due from the Energy Information Administration on Wednesday.