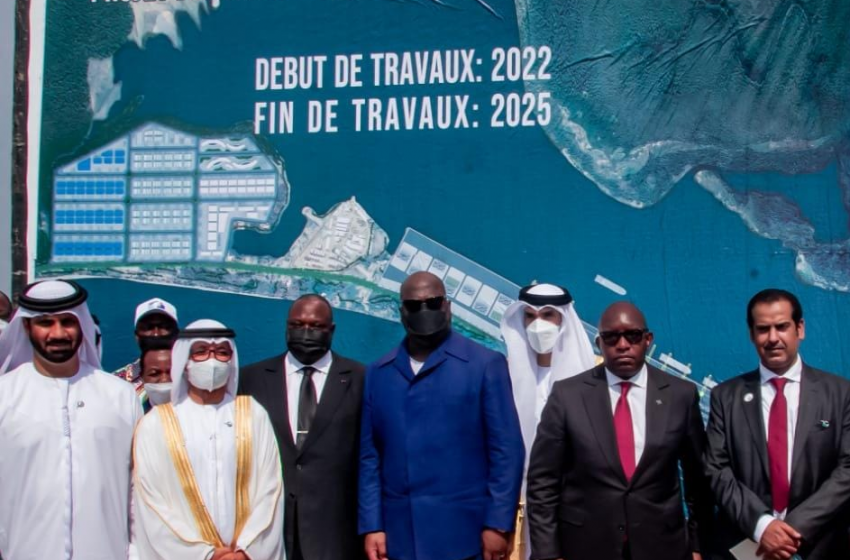 The Banana Port is built on the Banana Peninsula, on the right bank and in the mouth of the Congo River. The presence of oil exploitation in the Muanda region has resulted in the port acting as an interface between the onshore and offshore, and also coordinates the inter-harbour traffic with a vision of inter-bank traffic.

DP World has earmarked an estimated initial investment of $350 million for the first stage of the project, which is expected to cost more than $1 billion over four phases. The port is expected to bolster the country’s economy, as well as provide substantial cost and time reduction by attracting additional direct calls from bigger ships from Europe and Asia.

DP World’s investment in the Port of Banana will have a major impact on the DRC’s trade and will significantly reduce transportation costs and time. Currently, there is only the riverine port of Matadi positioned along the 37 km coastline.

DP World will set up a joint venture holding 70% control while the government of DRC will hold a 30% share to manage and invest in the port.

DP World will develop an initial 600-meter quay with an 18m draft, capable of handling the largest vessels in operation. It will have a container handling capacity of about 450,000 TEUs (20-foot equivalent units) per year, and a 30-hectare yard to store containers. The port will feature the latest technology and equipment.

Today’s ceremony was attended by Congo President Félix-Antoine Tshisekedi, and Sultan Ahmed bin Sulayem, Group Chairman and CEO of DP World, as well as members of the DRC Government, public representatives and members of the local community.

The stone laying follows the signing of the collaboration agreement in December 2021 between DP World and the DRC Government to develop the first deep water port in the country.

The port is being developed at Banana, along the country’s 37 km coastline on the Atlantic Ocean in Kongo Central province and following its completion, will provide significant cost and time savings that will boost the country’s trade.

In his comments, the Congo President said: “This is a proud and historic day for the DRC, as our vision to develop Banana Port to transform our country into a regional trade hub, becomes a reality.”

He further said: “It will grow our economy by creating direct and indirect jobs, provide new opportunities in the supply chain and attract more foreign direct investment. The new port will not only benefit the Kongo Central Province, but the whole country.”

Sultan Ahmed bin Sulayem, Group Chairman and CEO of DP World, said: “Banana Port will be a modern, world class port and undoubtedly a game changer for the DRC. Once complete, it will attract more direct calls from larger vessels travelling from Asia and Europe, greatly enhancing the country’s access to international markets and global supply chains. We thank President Tshisekedi and his Government for partnering with DP World to develop Banana Port.”

He further said: “We are delighted to extend our African footprint further with a major investment in the DRC, which is Africa’s third-most populous country but has no direct deep-sea port. Investment in this deep-water port will have a major impact on the country’s trade with significant cost and time savings, attracting more direct calls from larger vessels from Asia and Europe, and ultimately acting as a catalyst for the growth of the country and the region’s economy.