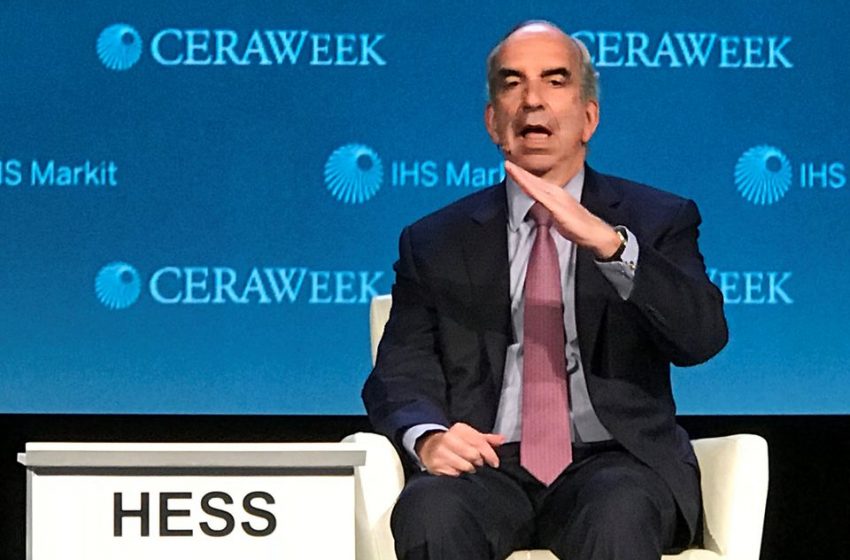 Officials from the Organization of the Petroleum Exporting Countries (OPEC) met U.S. shale oil company executives on the sidelines of the CERAWeek conference in Houston on Monday as energy prices soared over supply concerns.

It was at least the fourth time since 2017 that U.S. shale oil producers and OPEC officials have held such meetings to discuss energy concerns.

Oil rose to a 14-year high of $139 a barrel on Monday amid concerns about supplies as the United States and European governments weighed banning imports from Russia, the world’s second-largest oil exporter. Earlier, Barkindo said at CERAWeek that OPEC production could not offset a ban on Russian oil.

Barkindo said after the dinner that attendees discussed how shale producers were focused on delivering profits to shareholders instead of pouring more cash into new drilling.

“This massive under-investment requires us to revisit that,” Barkindo said. “This is up to the companies themselves and their boards … but there’s this general realization that something needs to be done” to address the new circumstances, he said.

A Hess spokesperson who accompanied its CEO declined to comment.

“There is no capacity in the world that could replace 7 million barrels per day,” Barkindo earlier told reporters at the conference. “We have no control over current events, geopolitics, and this is dictating the pace of the market.”

Russia has been an integral part of the OPEC+ alliance that halted a COVID-19 pandemic-driven crash in oil prices through a 2020 agreement to cut 10 million barrels per day (bpd) from the group’s production.

As demand recovered, the alliance has begun returning 400,000 bpd per month to its output. However, Russia’s invasion of Ukraine has led to a new oil shock. Some oil buyers have rejected Russian cargoes and producers with operations in the country, including BP, Shell and Exxon Mobil, have withdrawn from Russia.

Monday’s dinner reprises meetings at the annual energy conference that began in 2017 following a two-year price war that left both sides hurting. Meetings initially were intended to help OPEC understand shale economics and financing but have expanded the topics, officials have said.

Barkindo, whose tenure as OPEC Secretary General ends this summer, was presented with a bottle of “Genuine Barnett Shale” oil as a memento of his U.S. meetings. Barnett, an area in north Texas, is the shale field that launched the U.S. energy revolution.