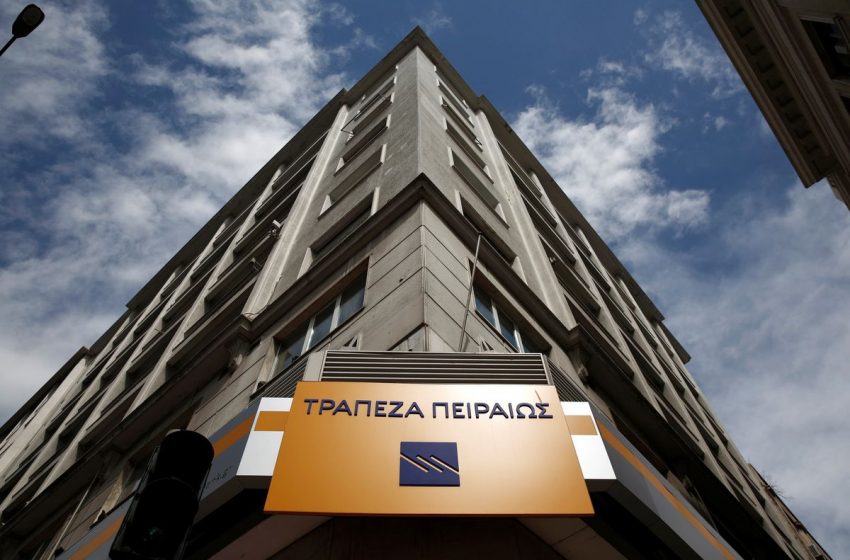 The logo of Piraeus Bank is seen outside a branch in Athens March 26, 2014. REUTERS/Yorgos Karahalis/File Photo

ATHENS, Nov 19 (Reuters) – Piraeus Bank (BOPr.AT), one of Greece’s four biggest lenders, reported a smaller loss in the third quarter than the previous three months, as expected, as provisions for bad loans decreased.

The bank reported a net loss from continued operations of 635 million euros ($721 million), down from 2.045 billion euros in the second quarter, as loan impairment provisions slumped to 811 million euros from 2.28 billion.

Analyst forecasts had ranged from a loss of 630 million euros to 800 million.

“Our NPE (non-performing exposures) reduction plan is well on track with more than 90% of actions already executed. NPE reduction in the first nine months of the year amounted to 16 billion euros, bringing our NPE ratio down to 16%,” Chief Executive Christos Megalou said.

He said the bank was getting closer to delivering a return on tangible equity above 5%, along with a single-digit NPE ratio “in the forthcoming period”.

Net interest income fell 22% from the second quarter to 319 million euros as the bank offloaded more bad loans but net fee and commission income rose 1% to 102 million on the back of its asset management, investment banking, funds transfer, bancassurance and cards businesses.