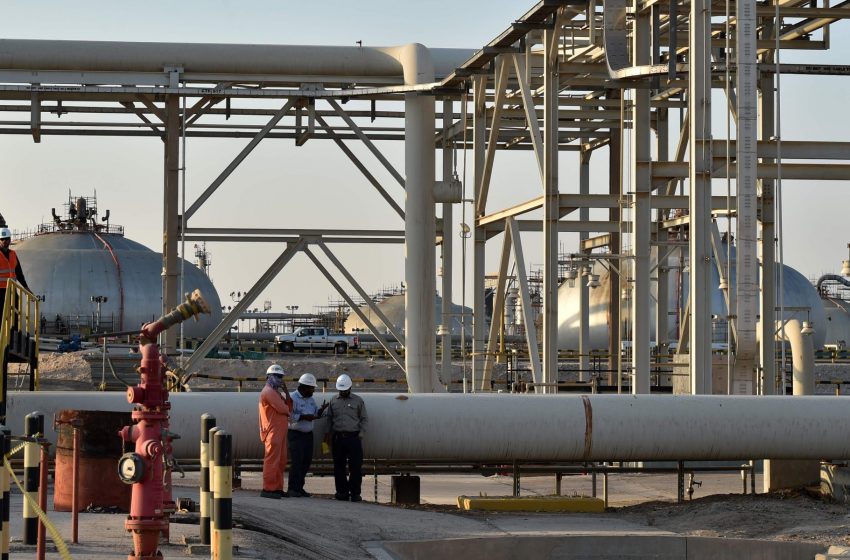 On one hand, Apple, the US-based multinational technology company, continued its sway and retained the title of the world’s most valuable brand following a 35% increase to $355.1 billion – the highest brand value ever recorded in the Brand Finance Global 500 ranking.

Apple had a stellar 2021, and achieved the distinction of being the first company to reach a $3 trillion market valuation in the beginning of 2022.

The tech giant’s success historically lied in honing its core brand positioning, but Its more recent growth can be attributed to the company’s recognition that its brand can be applied effectively to a much broader range of services.

The oil and gas sector had a tough period since the beginning of the COVID-19 pandemic but oil prices rebounded in 2021, buoyed by the natural gas crisis that saw businesses turn to crude products.

The increase in demand saw Aramco’s Q3 of 2021 profits more than triple y-o-y, helping push its market valuation to $2 trillion.

In a sign of confidence and ambition for continued growth, Aramco announced plans to increase its production capacity from 12 million barrels a day to 13 million by 2027.

The company has continued to invest heavily in its brand to support growth in both core and growth businesses through a global campaign as well as investments in sports – from Formula 1 to golf.

Likewise, another oil and gas brand in the UAE, the Abu Dhabi National Oil Company (ADNOC), achieved an even more impressive 19% brand value growth to $12.8 billion, the fastest amongst the top 10 oil and gas brands globally, which sees it hold on to its position as the 2nd most valuable brand in the region.

ADNOC is one of a handful of brands in the sector to see its BSI score rise by +2 points, evidenced by its stellar reputation and trust amongst international investors and stakeholders.

Following an increase of its national reserves by 4 billion barrels of oil and 16 trillion cubic feet of natural gas, ADNOC announced an increase of $5 billion to its capital expenditure to $127 billion, and plans to boost its upstream production and downstream portfolio.

However, with an eye on the future and in line with the UAE’s 2050 net zero emission strategy, ADNOC is also continuing its commitment to energy transition. In addition to a joint venture with TAQA and Mubadala focusing on renewable energy, it also announced plans to build a blue ammonia project.

The UAE’s leading telecom group Etisalat has been the region’s strongest brand for the second consecutive year with a score of 89.2 out of 100 and a corresponding AAA rating.

Expo 2020 has offered Etisalat the platform to demonstrate itself as a strategic enabler of the UAE’s digital transformation. This opportunity assisted in increasing its BSI score by +1.8 points, breaking into the top 20 strongest brands globally, claiming 18th place, as well as making it the strongest telecoms brand globally.

In addition to the strong BSI performance, Etisalat, which boasts the most valuable telecoms brand portfolio in the Middle East, saw its brand value increase from $8.5 billion to $10.1 billion, pushing it into the top 200 of the Brand Finance Global 500 ranking this year.

A fellow telecoms brand – stc – in Saudi Arabia continued to see good growth this year, with its brand value increasing by 16% to $10.6 billion.

Over the course of the pandemic, stc has been the fastest-growing brand in the region, with a brand value increase of 32% over the last two years, with its successful rebrand playing a key role.

The strong results come off the back of the brand continuing to invest and diversify. This year it announced it would be investing $400 million to build the region’s largest cloud-enabled data center, and saw its subsidiary STC Pay awarded one of the first digital banking licenses in Saudi Arabia.