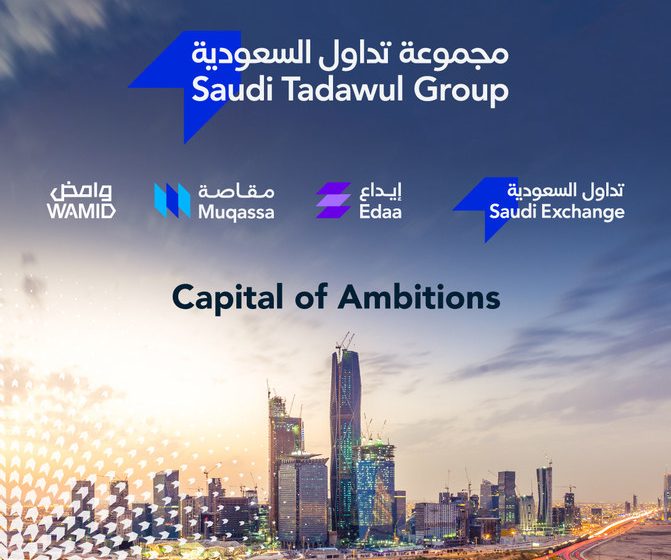 The Tadawul All Share Index (TASI), Saudi Arabia’s main stock market indicator, increased by 0.67%, or 84 points, to reach 12,674 on Tuesday, rising for the third consecutive session marking the highest close since July 2006.

The amount of trading in the Saudi market exceeded $71.10 million, with a value of $3.25 billion at the close of trading on Tuesday.

SABB Takaful, Tihama, Saudi Cables, Saudi Research and Media Group and Gas came with the lowest rates ranging from 4.87% to 3.26%. The stocks of Dar Al-Arkan, Saudi Kayan Petrochemical, Alinma, Saudi Group and Aramco were the most active in terms of quantity.

Al-Rajhi stocks topped the trading in terms of value with $238.80 million, followed by SABIC with an estimated $235.32 million and Equipment House with $203.78 million.  Stocks of 85 companies recorded an increase in their value, while 114 stocks decreased out of 212 companies listed in the market.

The Saudi stock market is benefiting from the continuous rise in the oil prices, but there is a potential of disturbance in the energy markets since the start of the Russian invasion of Ukraine, and the continued announcements of new sanctions against Moscow by countries around the world.

The Saudi parallel stock index Nomu closed down 21.75 points, to close at 25000.96 points, with transactions worth $24.28 million, and the volume of traded shares amounted to more than one million shares, shared by 4,563 deals.