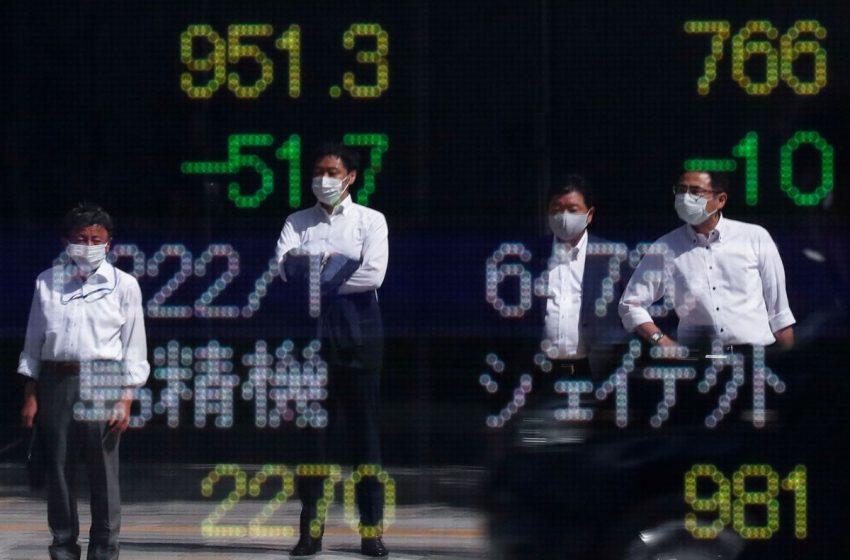 Passersby wearing protective masks are reflected on an electronic board displaying stock prices outside a brokerage amid the coronavirus disease (COVID-19) outbreak, in Tokyo, Japan, September 29, 2021. REUTERS/Issei Kato

SYDNEY, Nov 26 (Reuters) – Stocks suffered their sharpest drop in three months in Asia on Friday and oil tumbled after the detection of a new and possibly vaccine-resistant coronavirus variant sent investors scurrying toward the safety of bonds, the yen and the dollar.

MSCI’s index of Asia shares outside Japan (.MIAPJ0000PUS) fell 2%, its sharpest drop since August. Casino and beverage shares were hammered in Hong Kong, while travel stocks dropped in Sydney and Tokyo.

Little is known of the variant, detected in South Africa, Botswana and Hong Kong, but scientists said it has an unusual combination of mutations and may be able to evade immune responses or make it more transmissible. read more

British authorities think it is the most significant variant to date, worry it could resist vaccines and have hurried to impose travel restrictions, as did Japan on Friday. read more

“You shoot first and ask questions later when this sort of news erupts,” said Ray Attrill, head of FX strategy at National Australia Bank in Sydney, as currency traders were unnerved.

South Africa’s rand dropped more than 1.5% to a one-year low on Friday and the risk-sensitive Australian and New Zealand dollars each fell to three-month troughs.

Australia has also hinted at possible border closures in response to the new variant. read more

“Markets are anticipating the risk here of another global wave of infections if vaccines are ineffective,” said Moh Siong Sim, a currency analyst at the Bank of Singapore.

“Reopening hopes could be dashed.”

Selling pressure comes against an already growing backdrop of concern about COVID-19 outbreaks driving restrictions on movement and activity in Europe and beyond.

“I don’t think there’s any going to back to the pre-COVID-19 world,” said Mark Arnold, chief investment officer at Hyperion Asset Management in Brisbane.

“We’re just going to get mutations through time and that’s going to change the way people operate in the economy. That’s just reality.”

Though that leaves yields inside recent ranges, heat has come out of wagers on the pace of rate hikes and the December 2022 Fed funds futures contract was last up about 9 bps.Reporting by Tom Westbrook; Editing by Lincoln Feast.

This article was originally updated by Reuters.