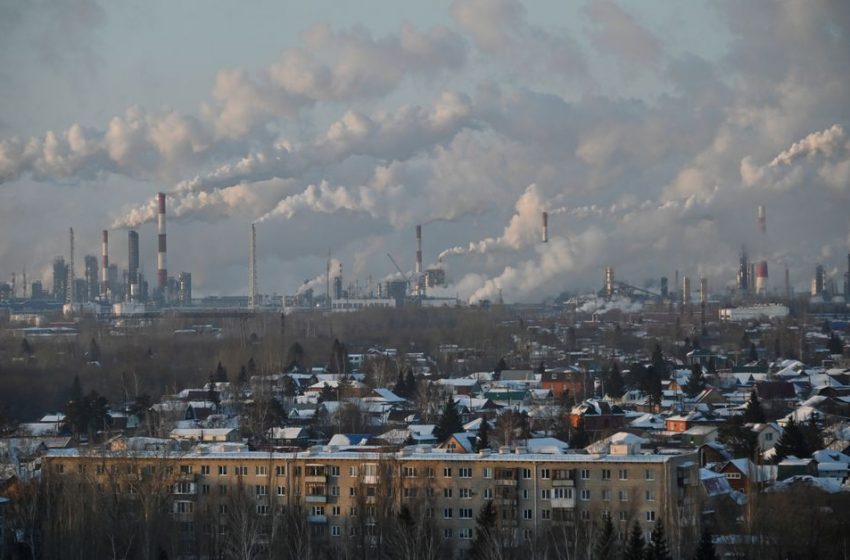 Global financial conditions, perceived as strongly correlated with future growth, are at the tightest in two years, driven by soaring energy prices, sliding stocks and the market fallout from the Ukraine-Russia conflict.

Financial conditions is the umbrella phrase for how metrics such as exchange rates, equity swings and borrowing costs affect the availability of funding in the economy.

How loose or tight conditions are dictate spending, saving and investment plans of businesses and households.

Goldman Sachs, which compiles the most widely used financial conditions indexes, has in the past shown a 100-basis-point tightening crimps growth by one percentage point in the coming year, with an equivalent loosening giving a corresponding boost.

The tightening is an unwelcome development for a world economy already threatened by the fallout from $120-a-barrel oil prices and supply chain setbacks caused by sanctions on Russia.

If these drive inflation steadily higher, and “if the central banks take their mandates seriously, you will see a further (tightening) in financial conditions,” said Rene Albrecht, strategist at DZ Bank.

“Economic dynamics will slow down further, inflation will be high nonetheless and you will see second round effects and then you get a stagflation scenario,” he added, referring to a combination of rising inflation and slower economic growth.

Goldman Sachs’ global financial conditions index (FCI) is at 100.2, 60 basis points (bps) tighter than prior to Russia’s invasion of Ukraine and a level last seen in March 2020, when the pandemic first hit.

The rise was led by its Russian FCI, which rose as high as 114.8 from around 98 at the start of February to the tightest since the 2008 crisis, driven by a doubling of interest rates and a market implosion.

The Russian move has taken an emerging markets FCI to the tightest since 2016.

Euro zone moves are sizeable too. Conditions in the bloc, heavily reliant on Russian energy, are at the tightest since November 2020, having moved 50 bps in February, driven also by the European Central Bank (ECB) opening the door to rate hikes this year.

Viraj Patel, global macro strategist at Vanda Research, said financial conditions would take on even more importance for the ECB, which meets on Thursday.

Should it proceed with the unwinding of bond purchases followed by rate hikes as expected before the invasion, financial conditions could tighten to levels seen at the height of the pandemic or even the bloc’s sovereign debt crisis a decade ago, he added.

U.S. conditions have tightened to a lesser extent.

But the indicators Goldman uses to calculate its indexes signal no relief; safe-haven flows are boosting the U.S. dollar, which is near two-year highs, and world stocks have fallen 11% this year, led by a near-20% fall in euro zone equities.

With conditions historically loose in developed markets, policymakers may not be too perturbed yet. On an inflation-adjusted basis, borrowing costs have fallen sharply, hitting a record low -2.5% in Germany on Monday.

Peter Chatwell, head of multi-asset strategy at Mizuho, said that gives central banks “more room to speak hawkishly and for those that are on the brink of acting hawkishly, acting hawkishly.”