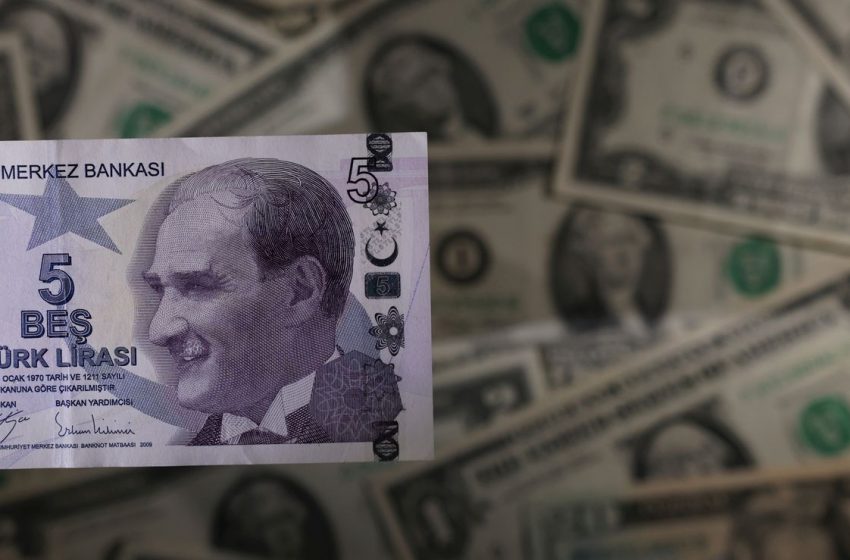 ISTANBUL, Dec 2 (Reuters) – Turkey’s central bank chief signalled on Thursday that aggressive policy easing will likely pause in January after one more interest rate cut this month, according to participants on an investor call that came after a historic lira selloff.

It has steadied since the central bank intervened on Wednesday to calm “unhealthy” market moves, after a 30% crash last month that was Turkey’s second-worst ever.

The selloff has been driven by a series of rate cuts to 15% from 19% in September, and Erdogan’s strong backing of the policy despite inflation at 20%. Annual inflation is expected to jump to near 30% next year due to the lira depreciation.

Economists have widely criticised the stimulus as reckless; opposition politicians have called for snap elections to reverse course; and Turks have said the currency plunge and soaring prices have upended household budgets and future plans.

On the monthly conference call, Central Bank Governor Sahap Kavcioglu – whom Erdogan appointed in March – told local investors there was some limited room for another rate cut this month, four participants told Reuters.

“I got the impression that he will pause (easing) and watch for some time in 2022 after a final limited cut in December,” said one participant who requested anonymity.

Kavcioglu signalled that the bank was “almost done for the time being,” said another participant on the call, which was closed to the press.

In its policy statement last month, when it cut rates by another 100 basis points, the bank said it would consider using “limited” more room for easing its next meeting on Dec. 16.

‘THIS TIME WE ARE DETERMINED’

Kavcioglu added that monetary policy needed to boost investments and exports while limiting imports, and that the effects of the easing would be observed in the first half of 2022, according to the call participants.

He is scheduled to hold another call with foreign investors later on Thursday.

Kavcioglu replaced a more orthodox governor, Naci Agbal, who had raised rates significantly before being abruptly ousted by Erdogan. The president has rapidly overhauled the bank’s leadership and pressured it to cut rates to boost growth and jobs. read more

The lira hit a record low 14.0 to the dollar on Tuesday.

Elvan, the former finance minister, had asked to be “released from his duties”, according to the Official Gazette, following on the heels of other officials at the central bank and elsewhere who disagreed with the direction of policy.

Nebati, who served three years as a deputy finance minister, last week praised Erdogan’s drive to bring down interest rates and said that Turkey had sought for years to implement such a policy but had faced strong opposition.

“This time, we are determined to implement it,” he wrote on Twitter, adding that there was “no problem” with keeping interest rates low in current market conditions.

Goldman Sachs analyst Murat Unur said Elvan’s resignation “is likely to be taken negatively by the market that sees the need for policy tightening.”

“We don’t know the views of the incoming minister but our primary concern is a return of quasifiscal measures to support loan growth, rather than an on-balance sheet loosening of fiscal policy,” he wrote.Additional reporting by Can Sezer in Istanbul; Editing by Dominic Evans and Daren Butler