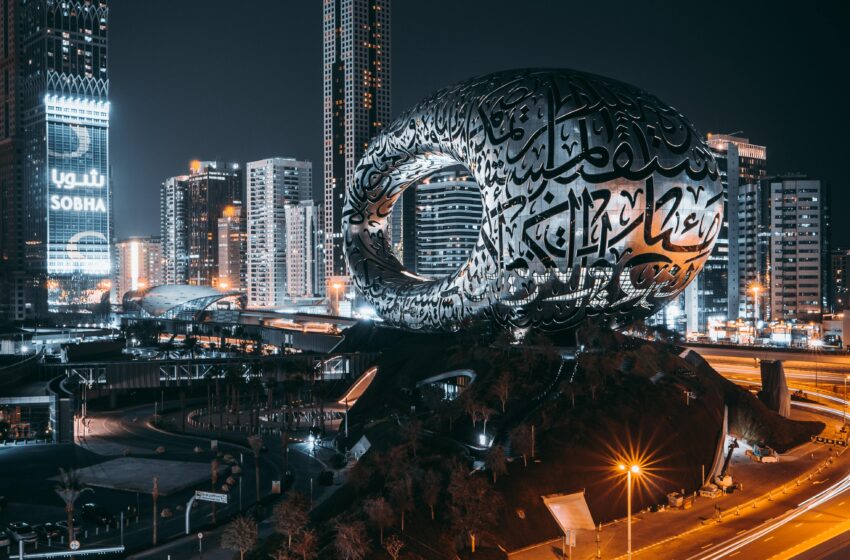 President His Highness Sheikh Mohamed Bin Zayed Al Nahyan said in his first address to the country after he was unanimously appointed as the President of the United Arab Emirates, that his current focus is on diversifying the economy of the country. He referred to a next-generational plan for development which will be concentrated on attracting and developing business to keep the UAE ahead of the technological arc.

Similar sentiments were reflected by His Highness Sheikh Mohammed bin Rashid Al Maktoum, Vice President, and Ruler of Dubai, in his speech during the launch of the Museum of the Future in February. He said that the next coming two decades are set to bring about tremendous transformations that will change the way our world works.

His Highness Mohammed bin Zayed Al Nahyan was announced as the President of the nation on 14th May after the demise of late President Khalifa bin Zayed Al Nahyan on May 13. H.H. Sheikh Mohamed’s economic idea is based on speeding the development and implementation of the country’s economy for the next 50 years.

According to data, the economy would enhance at least 6.2 per cent this year despite the challenges faced by the county such as the Covid-19 pandemic, global economic slowdown, and inflation.

His Highness Sheikh Mohamed bin Zayed’s vision is concentrated on depending on knowledge, innovation and investment in people, also improving the role of the private sector as an active partner in the economic terrain, facilitating investment inducements and assuring more economic diversity with the maximum utility of oil-and-gas resources. Furthermore, increasing the country’s capacity to produce more renewable and clean energy in these decades.

NextGenFDI is a the national initiative commenced by the Ministry of Economy in July 2022 in partnership with ADGM, DIFC, Dubai Internet City, Dubai South, DMCC, Emirates NBD and WIO Bank. Its goal is to attract businesses from all over the world and give them the essential market access which is needed to launch and scale from within the UAE.

The UAE has been reached out by other companies to join the initiative and help in maximising its area after the launch of NextGenFDI.

The UAE’s Ministry of Economy also launched a new initiative to attract 300 technology firms in the first year to make the country a global hub for technology goliath.

The UAE is also bracing itself to be one of the top 10 countries to attract foreign direct investment (FDI).

Sheikh Mohamed’s vision support continuity in development to assure a safe and stable future for the UAE’s future generations and also keeping pace with technological enhancement and use of capacities and expertise in the new branches of industry, advanced manufacturing, artificial intelligence, space exploration, energy, pharmaceuticals, food industries and other vital sectors.