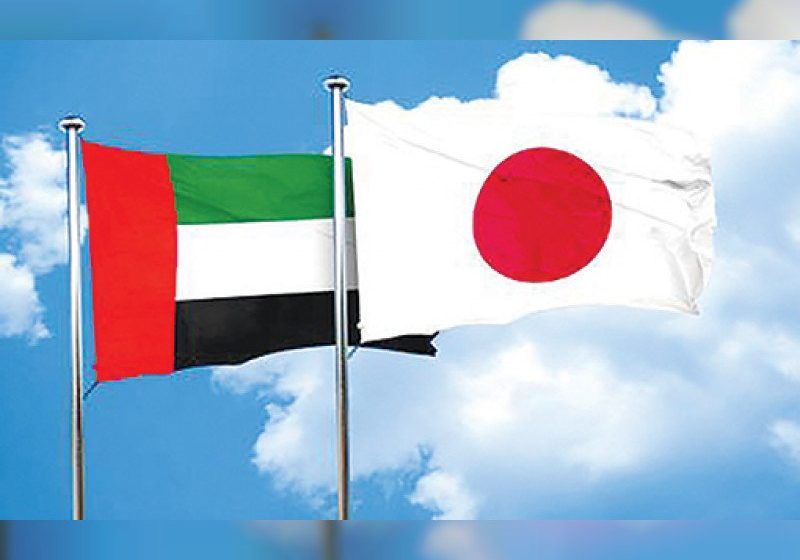 The UAE is Japan’s largest Arab trading partner and accounts for 36% of its total trade with Arab countries. The non-oil trade between the two countries reached nearly $13.30 billion by the end of 2021, registering a growth of more than 17.4% growth compared with 2020.

Addressing the members of Japanese Business Council (JBC) recently, Dr Thani bin Ahmed Al Zeyoudi, UAE’s Minister of State for Foreign Trade, said: “We are keen to consolidate the UAE’s position as a major destination for Japanese trade in the region and a vital gateway for its transit towards Middle East and African markets.”

He continued: “We will work with the Japanese business community to achieve this shared vision and will continue to develop partnerships in important sectors in line with future economic trends. These include artificial intelligence, applications of the fourth industrial revolution, information and communications technology, smart transport, space, renewable energy, health care and tourism.”

The Minister also outlined the UAE’s new economic model for the next 50 years, founded upon the principles of resilience, sustainability, high productivity, and the expansion of strategic partnerships with various global markets of high strategic importance.

He also briefed Japanese companies on the ‘Projects of the 50’ and the overall development of the country’s economic legislation. In addition, the Minister urged the Japanese business community to be a key partner in this economic growth journey and take advantage of the diverse opportunities and incentives offered by the UAE’s business environment.

Japan is one of the UAE’s largest investment partners in both outbound and inbound investments, as Japanese investments in the UAE is more than $4.08 billion, accounting for 3% of total FDI inflows, and more than 8.2% of investments from Asian countries.

At the same time, the UAE is one of the most important Middle Eastern investors in Japan with investments valued at $1.2 billion as of the end of 2020, representing 40% of total Middle East investment in Japan.

JBC is one of the leading 41 foreign business councils registered with the Dubai Chamber of Commerce and Industry. The Council was established in 2009 with the membership of 32 Japanese companies operating in the UAE, with the aim of supporting the Japanese business community in accessing business and investment opportunities in the UAE and the wider region. The number of members has expanded to include more than 165 companies that operate and invest in a wide range of vital sectors in the UAE, most notably transport, storage, energy, renewable energy, mining, water solutions, technology, telecommunications, manufacturing, education and real estate.

The volume of intra-non-oil trade between the UAE and Japan during Q1 of 2022 totalled $950 million, achieving a growth of 5% compared with the corresponding period last year

Japan is the eighth globally and third Asian trading partner after China and India for the UAE, while the UAE ranks first in the Arab world and 11th globally for Japan’s most important trading partner during 2021, with the UAE accounting for 36% of Japan’s total trade with Arab countries.

In terms of investment, the UAE is the largest investor in Japan among the Middle East countries, and accounts for 60% of the total Middle Eastern investments in it, with a value close to $500 million by the end of 2021.

After China and India, the UAE is Japan’s third-largest trading partner in Asia, and it ranks first in the Arab world. It is also Japan’s eleventh-largest global trading partner. The UAE accounts for 36 percent of all Japanese trade with Arab nations.