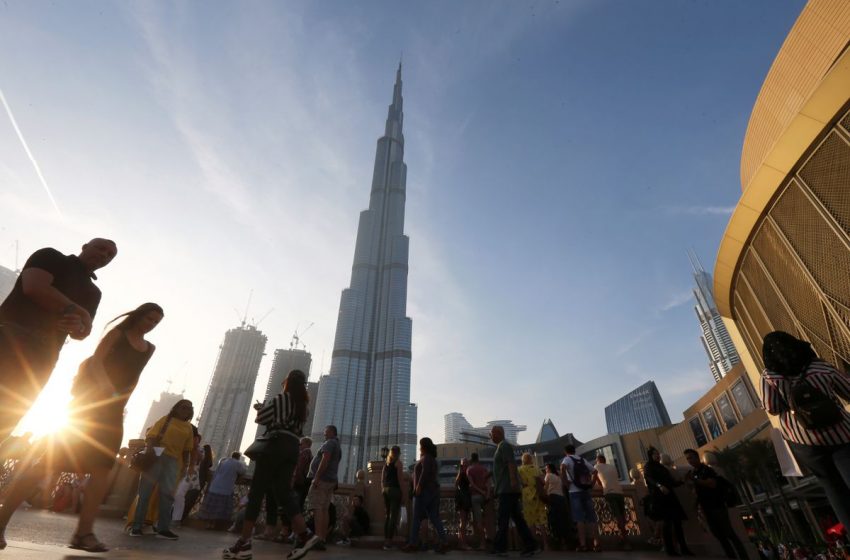 DUBAI, Dec 7 (Reuters) – The United Arab Emirates’ non-oil private sector notched its 12th consecutive month of growth in November, slightly outpacing the prior month, when it expanded at its fastest rate in more than two years, a survey showed on Tuesday.

The seasonally adjusted IHS Markit UAE Purchasing Managers’ Index (PMI), inched up to 55.9 in November from 55.7 in October, which was its highest since June 2019 – boosted by Dubai hosting the Expo world fair.

The continued improvement in business conditions is a marked turn from last year, when the UAE’s PMI recorded just four months of expansion as the pandemic pummelled tourism, aviation and other key sectors of the economy.

“The upturn was supported by marked expansions in output and new business volumes midway through the fourth quarter,” IHS said in the PMI report.

“The indices for both measures ticked up to their highest levels since mid-2019, as firms highlighted a strong increase in demand as the country reopened to tourism and benefited from the Expo 2020. Export sales also increased, albeit at a much softer pace than total new business.”

The output sub-index rose to 61.6 in November from 61.1 in October. New orders also quickened their pace of growth.

Despite that, the employment sub-index was mostly flat and sentiment for future output dipped.

“Whilst higher than seen throughout much of the pandemic, business confidence was still subdued compared to the historical average in November, as firms indicated that high competition had clouded their sales forecasts. Output prices were subsequently lowered for the fourth month running, while there was little change in staff levels despite growing capacity pressures,” said David Owen, economist at survey compiler IHS Markit.

“The stagnation of hiring activity suggested that businesses are delaying staff decisions until they know the full extent of the economic recovery following the expo. That said, further rises in demand and backlogs could support an increase in employment sooner rather than later.”Reporting by Yousef Saba; Editing by Toby Chopra