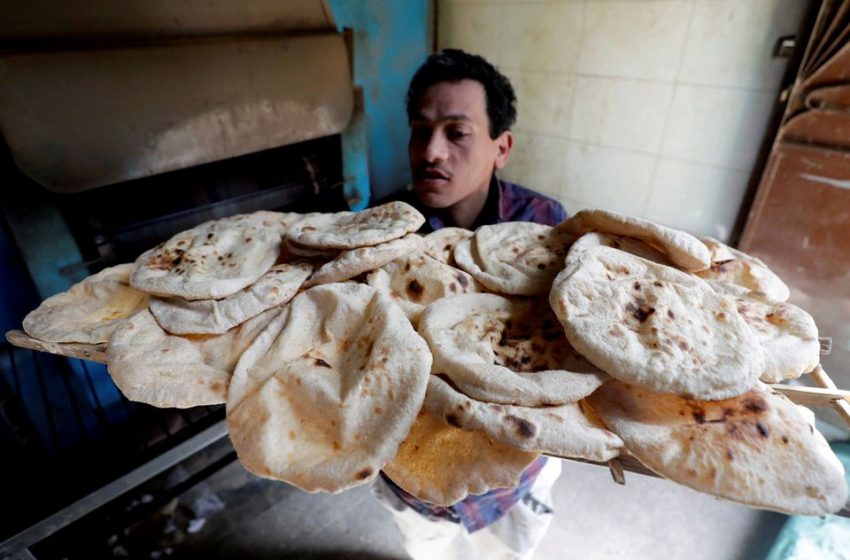 Wheat importers face a threat to delivering politically sensitive bread supplies across the Middle East and North Africa (MENA) after Russia’s invasion of Ukraine closed off access to the lower priced Black Sea grain they depend on.

The ensuing conflict has halted shipping from Ukraine’s ports, while financial sanctions have put payments for purchases of Russian wheat in doubt, traders and bankers say, adding another to the risk for governments in the MENA region already struggling with import costs, economic crises or conflict.

“Everyone is looking for other markets as it’s becoming increasingly impossible to buy stocks from Ukraine or Russia,” a Middle Eastern commodities banker said, citing disruption to shipping, escalating sanctions and rising insurance premiums.

“The market is not expecting Ukrainian and Russian exports to resume until the fighting ends,” one trader said.

While Gulf countries are protected by fiscal surpluses, other MENA countries, including Egypt and Lebanon, “remain some of the most vulnerable globally, given the dependence on wheat imports and high household spending on food”, Monica Malik, chief economist at Abu Dhabi Commercial Bank, said.

But since Russia’s invasion of Ukraine its state grains buyer has cancelled two tenders due to a lack of offers and high prices, while two cargoes are stuck at Ukrainian ports. read more

Egyptian officials say wheat reserves and the upcoming local harvest are enough to provide subsidised bread for around nine months. But they are already expecting to pay up to an additional $950 million in the current budget due to higher prices and could see an erosion of strategic reserves.

Egypt’s commercial bread market could be at greater risk due to lower stocks, traders said. Prices of local wheat and flour have risen 23% and 44% respectively since the Russian invasion began, Ezzat Aziz of the Cairo Chamber of Commerce said.

Algeria, another major buyer, says it has enough grain reserves to last until the end of the year but is readmitting French wheat imports, suspended after a row over France’s colonial role in the North African country.

Russia and Ukraine account for about 29% of global wheat exports. But with their supplies in doubt, Chicago wheat futures rose to a 14-year high on Monday.

“Importers will have to pay on average 40% more for wheat than before the invasion,” a second trader said.

And while Algeria, Libya and oil producers in the Gulf may find higher wheat import costs offset by rising hydrocarbon revenues, other governments have no such cushion.

In Lebanon, which is suffering one of the worst economic crises in modern history, wheat reserves stood at just one month as Russia invaded Ukraine. read more

In Tunisia, reduced bread stocks, rationing of flour in shops and problems docking wheat imports have raised doubts about official claims that there is enough supply to last until the summer.

Meanwhile, Morocco is set to hike grain imports after its worst drought in decades. read more

In Syria, whose economy has suffered from years of conflict, a source familiar with the matter said the government could lean on reserves but acknowledged that costs would increase.

“There is local wheat, they will try to produce more but there is a problem of course. Some people won’t be able to eat, there will be hunger,” said a Syria-based trader.

And there are signs some European countries may limit grain exports after Hungary on Friday announced an immediate export ban, while Bulgaria plans to buy wheat for its reserves, which producers fear may herald such a move.

Romania has said it sees no need to restrict exports for now.

“The challenging part is countries like Egypt, Morocco or Lebanon who have the double whammy of Black Sea imports (ceasing), and higher prices,” Ahmed Morsy, senior analyst at U.S-based Eurasia Group, said.