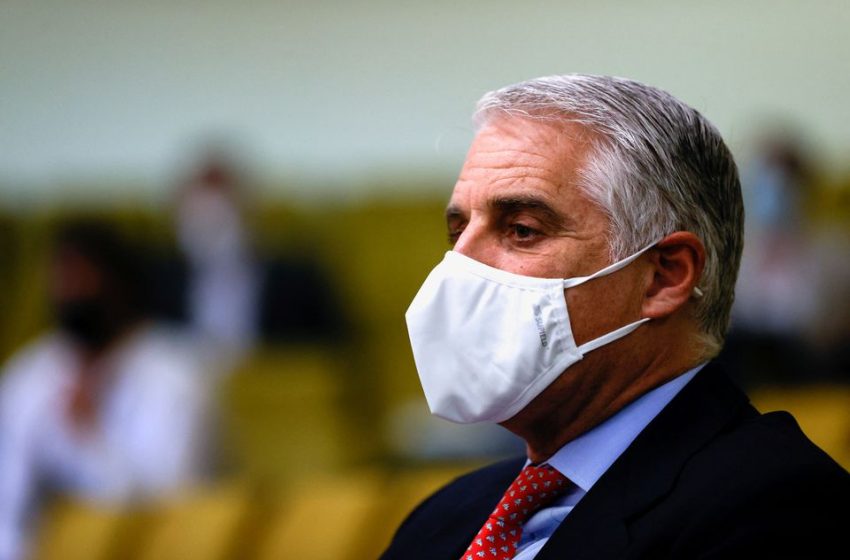 Italian banker Andrea Orcel attends a trial against Santander over the bank’s withdrawal of a CEO job offer to him, in a high court in Madrid, Spain, May 19, 2021. REUTERS/Juan Medina/File Photo

Leading investor advisory firms have again raised concerns over the salary of UniCredit (CRDI.MI) CEO Andrea Orcel, with one recommending for a second straight year shareholders vote against his pay.

Orcel, former head of investment banking at Swiss bank UBS (UBSG.S), narrowly dodged an investor revolt last year over the remuneration package that made him one of Europe’s best paid bank CEOs when he took the reins at UniCredit in April. read more

Leading proxy advisers Institutional Shareholder Services (ISS) and Glass Lewis again took aim at his compensation ahead of an annual general meeting on April 8, but ISS stopped short of calling for investors to reject the bank’s pay policy.

Orcel received 6.7 million euros ($7.4 million) from UniCredit in 2021, including 4.8 million euros in shares as a sign-on bonus unrelated to performance.

The banker, one of Europe’s best known and highest paid dealmakers, had forfeited millions in deferred pay from UBS in joining.

His variable pay, equivalent to up to twice the 2.5 million euro fixed annual pay, is from 2022 linked to targets set under the ‘UniCredit Unlocked’ plan Orcel unveiled in December.

While acknowledging the “significantly improved framework” for Orcel’s remuneration, ISS said the package remained “concerning and of particular concern is the high cap to severance payments (15 million euros or six times the fixed pay).”

Glass Lewis went further, saying it did not believe “the company’s remuneration strategy, as currently constituted, is sufficiently aligned with shareholders’ best interests.”

“As such, we do not believe that this proposal merits shareholder support”, it added in a report seen by Reuters.

Addressing Glass Lewis’ criticism in a letter to shareholders, UniCredit said it was “surprised and disappointed” by the firm’s stance.

Orcel’s pay is double that of previous CEO Jean Pierre Mustier, who had waived his severance payment on his arrival and voluntarily taken a 40% salary cut as he prepared to axe thousands of jobs.

UniCredit told shareholders in the letter the CEO remuneration was broadly in line with that of its main competitor Intesa Sanpaolo (ISP.MI) while Mustier’s self-imposed pay cut was not relevant, reflecting his “personal considerations at the time.”

Glass Lewis also said it was worried UniCredit had not paid sufficient heed to the dissent shareholders expressed last year.

“While the company indicated that it engaged with shareholders, we are concerned that it failed to specifically address the results of the 2021 annual general meeting,” it said.

UniCredit said in its letter it had reached out to 55% of its investors.

“We have completely overhauled our remuneration approach during the year, incorporating all the output from the broad engagement round,” it said.

In addition to linking Orcel’s variable pay to performance and fully disclosing the relevant mechanisms, UniCredit said it had subjected it to claw-back clauses.

Orcel’s pay is also at the heart of a court case pitting the banker against Spanish giant Santander (SAN.MC). In December a Madrid court ordered Santander to pay 51.4 million euros for dropping an offer to make him CEO, a ruling which the bank has appealed. ($1 = 0.9114 euros)