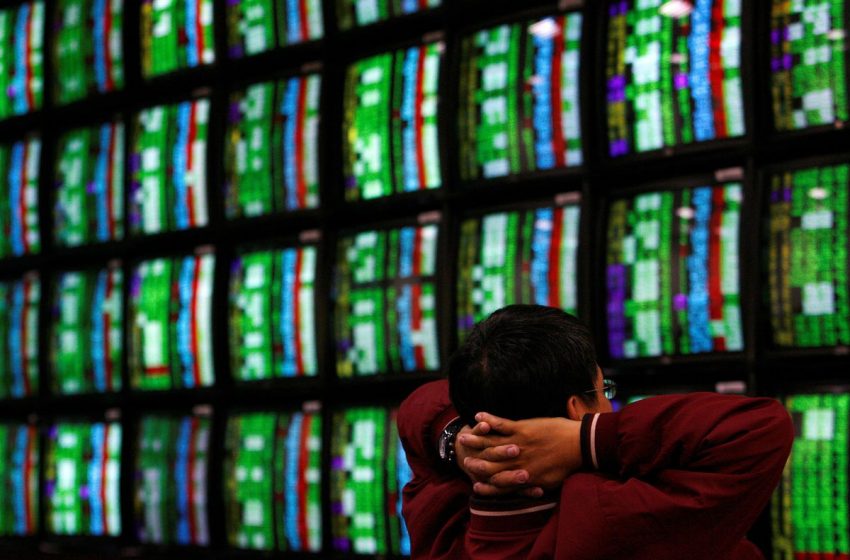 MILAN/TOKYO, Dec 27 (Reuters) – World stocks steadied and oil prices eased in quiet trade on Monday as flight cancellations over Christmas revived concerns that the Omicron virus variant could slow down the economy heading into the new year.

U.S. airlines have cancelled or delayed thousands of flights over the past three days due to COVID-19-related staff shortages, while several cruise ships had to cancel stops after outbreaks aboard. read more

In Asia, China reported its highest daily rise in local COVID-19 cases in 21 months over the weekend as infections more than doubled in the northwestern city of Xian, the country’s latest COVID hot spot. read more

France hit another COVID-19 infection record on Friday, prompting the government to convene a special meeting on Monday which could trigger new restrictions on movement. read more

World shares (.MIWD00000PUS) were little changed by 0946 GMT as tentative gains in Europe were offset by earlier weakness across Asian markets, although some investors were confident a global recovery would regain steam next year.

“Heading into 2022 we will still COVID uncertainties but the good news is that according to the WHO we may be see the end of the pandemic towards the end of year,” said Jawaid Afsar, sales trader at Securequity.

He added that next year markets would also have to contend with other issues, ranging from inflationary pressures to policy tightening and geopolitical risks.

Mainland Chinese shares weakened, with Shanghai’s benchmark (.SSE50) sliding 0.4% and an index of blue chips (.CSI300) retreating less than 0.1%. That was despite property stocks getting a lift after China’s central bank vowed to promote healthy development of the real estate market. read more

Australia, Hong Kong and Britain are among markets closed on Monday for holidays.

Wall Street trading was set to resume later in the day following a holiday on Friday. U.S. stocks closed at record levels on Thursday amid signs that Omicron may cause a milder level of illness, even as the highly transmissible strain led to a surge in case numbers around the world.

In the foreign exchange markets, the dollar was rangebound, despite a hawkish turn at the Federal Reserve that saw policymakers signalling three quarter-point rate hikes next year.

The dollar index , which measures the currency against six major peers, was up 0.1% at 96.23, around the mid point of the trading range seen over the past few weeks.

Among risk-sensitive currencies, the Australian dollar fell 0.2% and the British pound gained 0.2%, while the euro fell 0.1%.

The Turkish lira fell 5.9% against the dollar amid persisting concern over the country’s monetary policy, having rallied last week on state-backed market interventions. read more

In the crude market, U.S. West Texas Intermediate futures fell 1.1% to $73.01 a barrel. The contract did not trade on Friday because of the U.S. market holiday.

Gold dipped 0.1% to $1,805.6 per ounce as the uptick in the dollar made bullion more expensive for holders of other currencies.Reporting by Danilo Masoni in Milan and Kevin Buckland in Tokyo; Editing by Pravin Char

This article was originally published by Reuters,