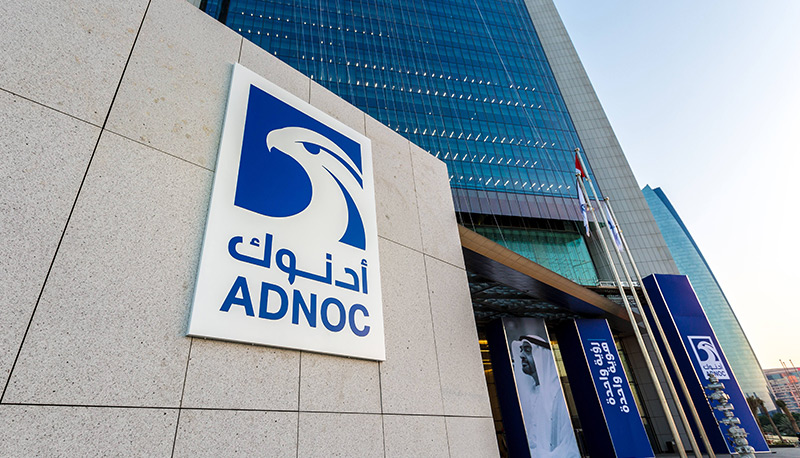 His Highness Sheikh Khalid bin Mohamed bin Zayed, who chaired the executive committee of ADNOC’s board of directors on Wednesday, approved the proposals. “Sheikh Khaled “endorsed plans to continue expanding ADNOC’s investor base to drive foreign direct investment to the UAE,” an official release said later.

Since 2016, ADNOC has attracted over $64.5 billion in foreign investments from various stakeholders as the company continues to monetize its assets, including big ticket transactions on its oil and gas pipelines and initial public offerings of four units.

The release further said that Sheikh Khaled also gave directives to create and expand on strategic partnerships to capitalize on opportunities in the evolving energy landscape.

In an agreement with British Petroleum signed in May thisn year, ADNOC is to acquire a minority stake in BP’s 1-GW H2Teesside blue hydrogen project in the UK, while Abu Dhabi’s Masdar will invest in the company’s 500-MW green hydrogen plant on Teesside. ADNOC and BP will also undertake a joint feasibility study for a low carbon hydrogen project in Abu Dhabi.

H2Teesside, a natural gas reforming hydrogen production facility using North Sea gas, combined with carbon capture and storage, is due to start operations in 2027, reaching full capacity of 1 GW by 2030. A final investment decision is expected in 2024.

According to S&P Global Commodity Insights, ADNOC is spending $127 billion over 2022-2026 on growth projects, including plans to raise oil production capacity to 5 million b/d by 2030 from about 4 million b/d now. The company’s previous five-year capital expenditure plan was for $122 billion.

“Over the course of the year, the executive committee meets to review ADNOC’s progress against its strategic and financial targets as well as its operational performance,” the Abu Dhabi government said in the statement.

ADNOC has been monetizing its oil and gas assets as it seeks to unlock cash to fund strategic projects. In June 2020, ADNOC inked a deal worth more than $10 billion with a group of investors to sell a 49% stake in its gas pipelines.

In 2019, ADNOC clinched a $5 billion deal with a consortium that includes GIC, BlackRock Inc., KKR & Co. and Abu Dhabi Retirement Pensions and Benefits Fund, to sell them pipeline infrastructure and collectively hold a 49% stake in ADNOC Oil Pipelines, a subsidiary of the parent company, S&P Global added.