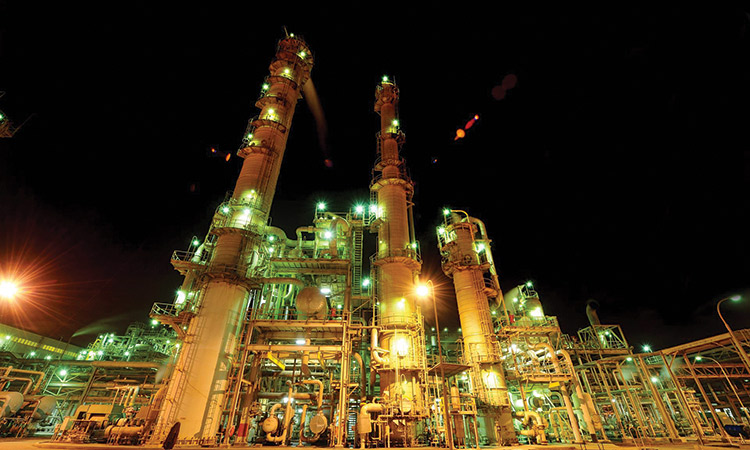 Abu Dhabi National Oil Company (Adnoc) has signed an agreement on Thursday with Proman, one of the world’s leading producers of methanol, to develop the UAE’s first world-scale methanol production facility at the TA’ZIZ Industrial Chemicals Zone in Ruwais, Abu Dhabi.

Under the agreement terms, Abu Dhabi Chemicals Derivatives Company RSC Ltd. (TA’ZIZ) and Proman will construct a natural gas to methanol facility with an anticipated annual capacity of up to 1.8 million tonnes per annum.

The facility will meet growing domestic and international demand for this clean and versatile chemical commodity, gaining momentum as a lower-emission fuel alongside existing uses spanning industrial products. The project is subject to relevant regulatory approvals.

TA’ZIZ is a joint venture between Adnoc and ADQ, an Abu Dhabi-based investment and holding company. The proposed partnership will capitalise upon Adnoc’s attractive value proposition for downstream petrochemicals, ADQ’s diversified portfolio and Proman’s extensive construction and operational expertise as the world’s second-largest methanol producer.

Dr Sultan Bin Ahmed Al Jaber, Minister of Industry and Advanced Technology and Managing Director and Group CEO of Adnoc, said: “We are pleased to welcome Proman as a strategic partner as we develop the UAE’s first domestic methanol production facility. This world-scale plant advances the TA’ZIZ mission to diversify the UAE’s economy and accelerate industrial development, by enabling local supply chains to produce new chemicals in the UAE.

“As Proman’s first investment in the UAE, our agreement underscores the continued appeal of the UAE as a highly attractive destination for international capital, supporting long-term industrial growth for Abu Dhabi’s private sector.”

David Cassidy, Proman Chief Executive, said, “We look forward to bringing our full value-chain expertise to this development and expanding Proman’s global footprint to the UAE, in close partnership with Adnoc and ADQ. This will be the first methanol production facility in the UAE and will be one of the world’s most energy-efficient and low-emitting plants.

“Growing global interest in methanol as a cleaner fuel, particularly for the shipping sector, is set to drive a significant increase in worldwide methanol demand over the coming decade. As such, this is a particularly opportune time to invest in the UAE’s domestic downstream production capacity.

“We are excited to help drive forward the ambitious TA’ZIZ industrial development and the UAE’s downstream growth strategy and grow our partnership with TA’ZIZ in the future.”

Production of this versatile chemical in the UAE for the first time supports the Ministry of Industry and Advanced Technology’s mission to diversify the UAE’s economy and accelerate industrial development. Methanol is a critical chemical building block with many industrial applications, including in fuels, adhesives, solvents, pharmaceuticals and construction materials.

Growth is expected to be driven by emerging economies in Africa and Asia, while methanol production in the UAE will support decreased reliance on imports, enabling local manufacturers to “Make it In the Emirates” and establish greater resiliency among domestic supply chains.

TA’ZIZ comprises of three industrial zones, the first of which is an Industrial Chemicals Zone that will host chemicals production, with seven proposed world-scale projects already in the design phase.