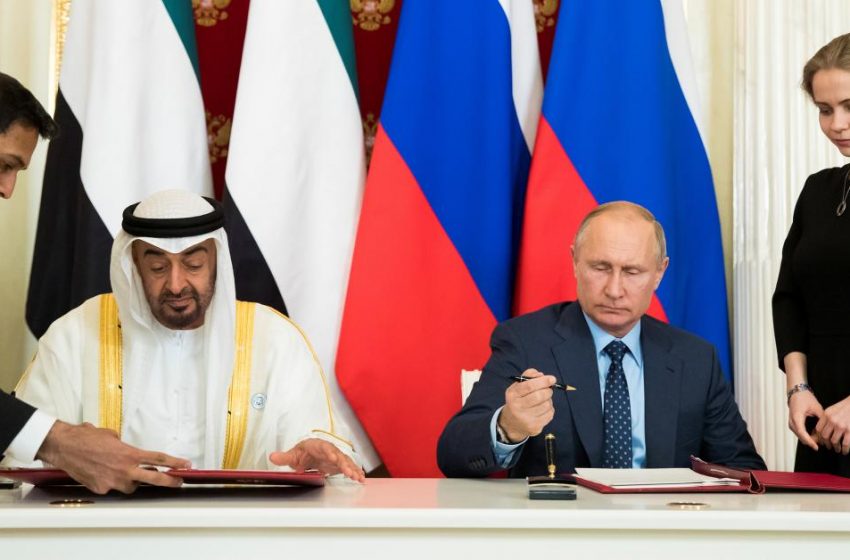 The Gulf Cooperation Council (GCC) countries have made significant investments in the Russia’s Sovereign Wealth Fund (SWF) – Russian Direct Investment Fund (RDIF) – and both sides have been in the belief that there is strong potential for further investments.

The GCC countries have not only invested in RDIF but have shown keen interest to develop economic ties with Commonwealth of Independent States (CIS), which were once part of the erstwhile USSR.

While European SWFs including Norway’s NBIM, Canada’s CDPQ and Australia’s NSW Generations Fund have announced their exit after the Western imposed sanctions on Russia for invading Ukraine, the GCC investors are not likely to take such a step in the near future.

The UAE’S State-owned investor (SOI)  Mubadala, which has its office in Moscow, made its first investment in Russia in 2010 with $100 million in a fund run by Verno Capital. Three years later, it created a $2 billion JV with RDIF to explore various opportunities.

Again in 2017, it bought out Verno to establish its own team in Moscow, reducing its dependency to local partners. In all, Mubadala has invested in 45 projects worth over $6 billion in the CIS region so far. They included Galeria Mall in St Petersburg, infrastructure projects (PLT, Pulkovo and Portenergo), energy and mining (Gazpromneft, Alrosa and Sibur), VPE Capital, and in social media platform Telegram and Mel Science.

The Abu Dhabi Investment Authority is another SOI from the UAE with a portfolio of $1 billion.

Kuwait Investment Authority too has signed an MoU with RDIF for $1 billion in 2012 and doubled its commitment after three years.

Even Dubai-based DP World signed a $2 billion MoU with RDIF and acquired 49% shares in the port of Vladivostok, which is said to be of huge strategic importance.

RIDF has strong ties even with Mubadala, which invested in four businesses in Russia in the last four years that are critical to the growth of the Russian economy, he said.

Mubadala and the RDIF have jointly invested in projects including helicopter production, petrochemical projects, logistics and a network and cancer diagnosis and treatment facilities.

“We are very impressed with what the UAE leadership has achieved during the past 10 to 15 years in terms of transparency of the UAE economy and professionalism of its institutions,” he added. “They have proved their capability.”

Qatar Investment Authority (QIA) too is another (SOI) established a Joint Venture with RDIF, bought a residential community – VTB – in Moscow and 25% of St Petersburg’s airport. It has also invested $11 billion in the Russia’s energy giant Rosneft. The stake went from a $ 13.5 billion peak in November 2021 to $4.9 billion today.

Bahrain’s AOI Mumtalaqat has invested $500 million in Russia since 2016 that includes pubic equities such as PhosAgro , Transneft and Polyus Gold, infrastructure assets including Glavnaya Doroga, TKK, PLT and Pulkovo with Mubadala as co-investor, financial institution like SovCombank and retail and consumer businesses (Globaltruck and Lenta). Last, Mumtalaqat was looking for an opportunity to establish the production centre for Sputnik V vaccine in Manama.

The RDIF even opened its first foreign office in Saudi Arabia in 2019 to oversee the activities pertaining to implementation of several on-going agreements. RDIF believes that the relationship with the Kingdom will fetch good returns to both partners.

To date, the two parties have funded and approved over 25 joint projects with a total investment value of more than $2.5 billion.

Dmitriev said: “We jointly invested in some opportunities outside Russia. We see [possible] cooperation in other markets, maybe China, maybe Saudi Arabia. It is going to be the next step forward, because a great partnership is being developed generally between Russia, UAE, China, Saudi Arabia and other partners.”

He further said that RDIF was keen to invest in the technology companies in the Middle East.

As part of its plans, Russia has opened a Russian Centre for Digital Innovators and Information and Communication Technologies in Dubai’s Internet City, its first foray into the regional technology sector.