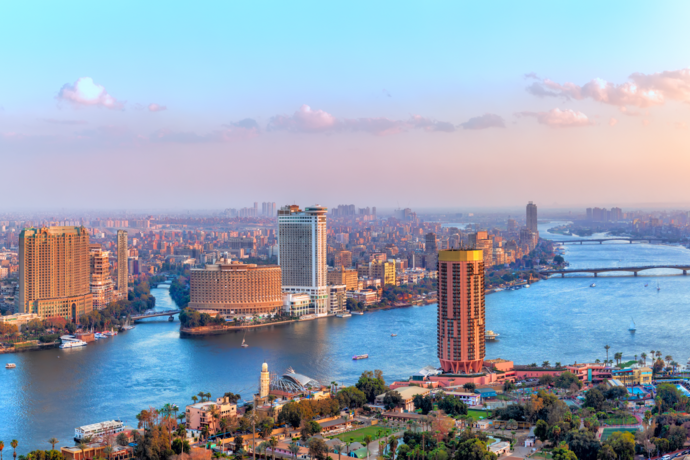 ADQ, Abu Dhabi-based investment and holding company, has announced that it has clinched several deals with the publicly listed Egyptian companies across key sectors, from FinTech to logistics, building on its long-term commitment to investing in the country’s economic growth through its $20 billion joint strategic investment platform.

This will help boost the country’s economy and capitalize on the investment potential of Egypt, the most populous and third largest economy in the Arab world as well as in the Middle East and North Africa (MENA) region.

Egypt’s economy is forecast to expand 5.6% in 2022 and was one of the few emerging market countries that recorded positive economic growth during the Covid-19 pandemic, according to the International Monetary Fund.

ADQ opened a new office in Cairo in December 2021 with an intention to increase its investment there. The investments reflect ADQ’s continued confidence in Egypt’s strong economic potential.

While ADQ did not disclose the size of investments or the stakes it has acquired in publicly traded companies, a report from Reuters said ADQ has bought shares worth $1.85 billion in five publicly traded Egyptian companies, helping Egypt after the Ukraine crisis prompted foreign investors to flee.

The Egyptian economy has proven to be resilient over the past several years. Real GDP growth continues to outpace majority of emerging market economies with current year projections estimated to reach 5.5%. With its strategic location and the large size of its domestic market, the investments were driven by taking into account the underpinnings of Egypt’s strong domestic consumption, productivity growth, enormous untapped export potential, and positive trade outlook.

“The recent transactions are a testament to our long-term commitment to elevate our investment partnership with Egypt and continue deploying capital in projects of commercial importance,” he said.

ADQ is a long-term investor in the Egyptian economy, with an office in Cairo. Since the platform’s inception, several strategic investments and partnerships have been realized, resulting in strong financial returns.

They include the acquisition of an 85.52% stake ($386.8 million) in The Sixth of October for Development and Investment (SODIC) through a consortium comprising Aldar Properties and ADQ, and the acquisition of Amoun Pharmaceutical Company for $470 million, which is among the Egypt’s leading pharmaceutical manufacturers, distributors, and exporters.

A couple of weeks ago, ADQ’s portfolio company AD Ports Group signed an agreement with the Egyptian Group for Multipurpose Terminals, the commercial arm of the Egyptian Ministry of Transportation, to develop and operate a multipurpose terminal in Safaga Port on the Red Sea.