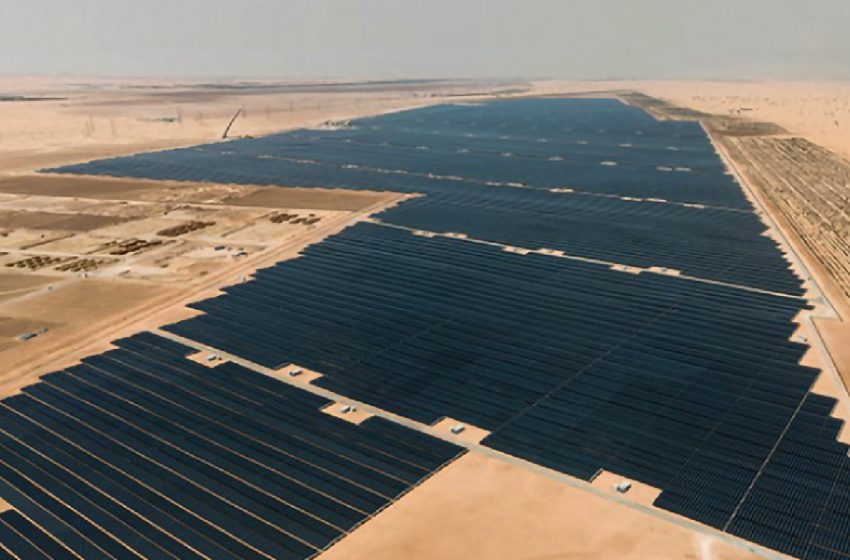 While TAQA and Masdar are owned by the Abu Dhabi government, EDF Renewables is a French electricity company and Jinko Power is a Chinese company. The project has a low solar PV energy tariff of AED 4.97fils/kWh ($1.35 cents/kWh) based on a levelised cost of electricity (LCOE) basis.

The consortium of TAQA, Masdar, EDF and Jinko Power signed a 30-year power purchase agreement (PPA) in July 2020 with Emirates Water and Electricity Company (EWEC) to sell electricity generated by the plant.

The project, located approximately 35 km from Abu Dhabi city, will supply power to the plant’s off-taker EWEC. It is also expected to generate more than 4,000 jobs.

Once operational, the Al Dhafra Solar PV IPP will be the world’s largest single-site solar power plant, using approximately 3.5 million solar panels to generate enough electricity for approximately 160,000 homes across the UAE. It will mitigate 2.4 million tonnes of carbon dioxide annually and this will be equivalent to taking approximately 470,000 cars off the road. generate more than 4,000 jobs.

The plant will deploy the latest in crystalline, bifacial solar technology, which will deliver electricity to the highest efficiency enabling the plant to provide more power by using both the front and back of panels.

The project is part of the UAE Energy Strategy 2050, which aims to increase the share of renewable energy in the total energy mix from 25% to 50% by 2050.

Other infrastructure, including inverters, connection to the transmission network and related facilities, will also be established. There is an additional option to build on the existing battery capacity of 108MW, which is operational in the current electricity storage system of Abu Dhabi.

They are: The 100 MW Shams 1 located in Abu Dhabi, the first solar company in the Middle East when it was launched in March 2013. It is a concentrated solar plant with 768 parabolic trough collectors, covering an area of 2.5 sq km and providing electricity to more than 20,000 households in the UAE.

The 1.17 GW Noor Abu Dhabi Power Project was commissioned in April 2019 and is one of the world’s biggest solar power plants. This project is also located in the Al Dhafra region of Abu Dhabi. The Noor Abu Dhabi power plant is equipped with 3.2 million solar panels across an area of 8 sq km and meets the electricity requirements of 90,000 UAE households. Combined, the solar power capacity of these three plants is expected to be around 3.2 GW.