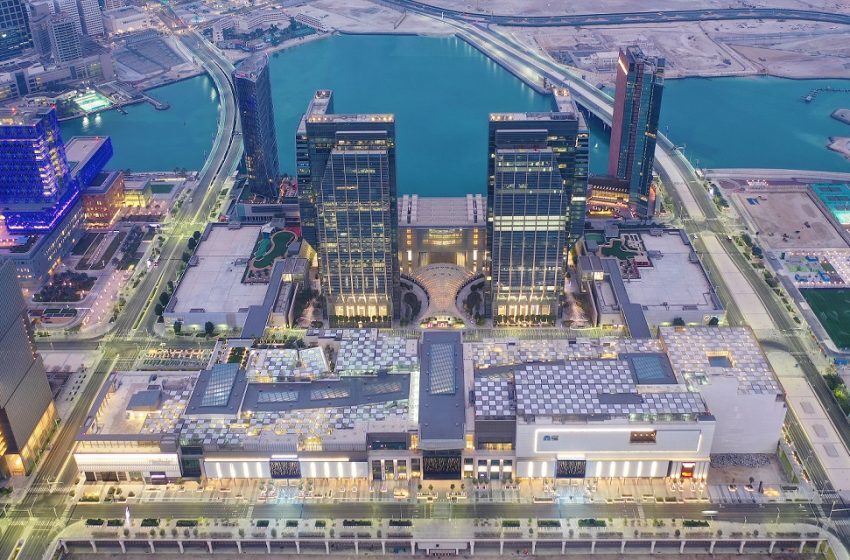 Aldar will also take ownership of the north and south car parks, which serve the office towers, and other mixed-use space. The latest acquisition by AIP is the third investment in Ras Al Khaimah this year, after deals to buy Al Hamra Mall and Rixos Bab Al Bahr in February and April, respectively.

The acquisition positions AIP’s portfolio to benefit from the attractive growth prospects of the Grade A commercial office market on Al Maryah Island and particularly in ADGM.

Commenting on the acquisition, Al Dhiyebi said: “We continue to be active in pursuit of capital deployment opportunities to expand our portfolio as part of our transformational growth agenda. The office towers at ADGM are non-replicable assets in Abu Dhabi, positioned at the epicentre of the financial district, and allow us to diversify our commercial offering and income streams.”

“Our strong long-term relationship with Mubadala and the strategic nature of the transaction will result in Aldar driving forward ADGM’s position as the most desirable destination in the region for international financial services entities,” he added.

In addition to being the master developer of the 116-hectare island Al Maryah Island, Mubadala Investment Company is a founding shareholder in Aldar Properties, currently holding a 25% position.

In his comments, Al Mheiri, said: “Today’s transaction is a milestone in Mubadala’s long history as master developer of Al Maryah Island and the right moment for Mubadala to realise the value of the four grade A towers after nearly a decade of ownership.”

Aldar is pursuing a strategy for transformational growth and has conducted several major transactions in 2022. They include a landmark $1.4 billion investment into the company by Apollo Global Management and developed Abu Dhabi’s Formula One Circuit.

Aldar’s long-term relationship with Mubadala and the strategic nature of the transaction” will allow Aldar to drive ADGM’s position as one of the most desirable destination in the region for international financial services companies, Al Dhiyebi said.

It may be recalled that the UAE Central Bank (CBUAE) has said that the UAE’s economy was set to post its strongest annual expansion this year since 2011 after it grew by 8.2% in Q1 of 2022 following higher oil prices and the measures taken in the post-COVID-19 era.

Spurt in demand and improved investor sentiment have also helped to drive property sales, particularly in Dubai and Abu Dhabi that is encouraging developers to launch new projects and further invest in acquiring assets to diversify their portfolios.

On Wednesday, Aldar said it has acquired Ras Al Khaimah’s DoubleTree by Hilton Resort and Spa Marjan Island, as well as an adjacent beachfront development plot for $220.53 million.